‘Maritime sector is good for our economy and jobs’ 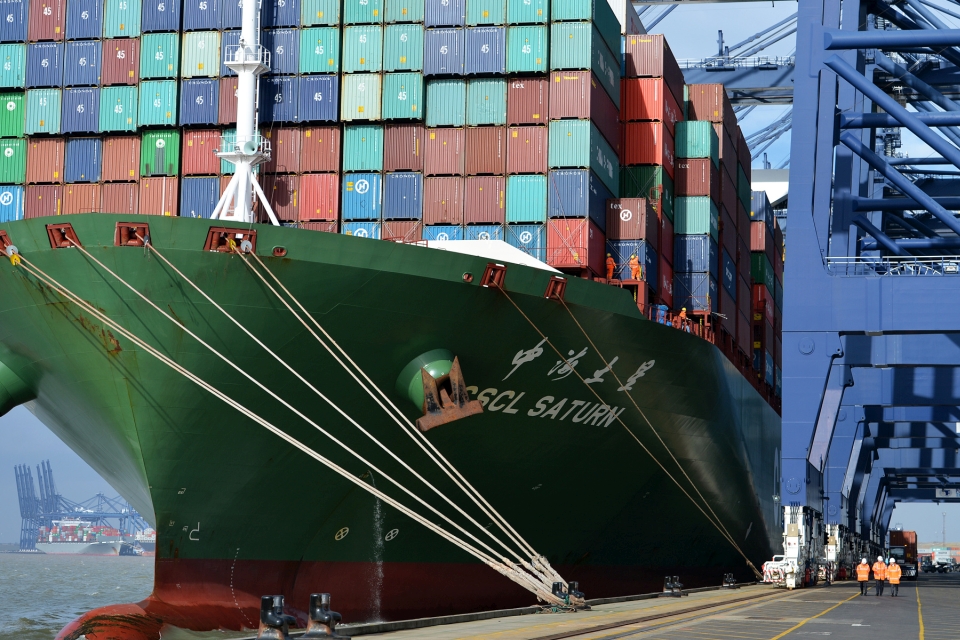 Last year’s rejection of the Maritime Master Plan for thirty zero-emission ships by 2030 shows that the Dutch government is still not fully behind the industry. However, the Maritime Monitor 2022 shows once again that the combined Dutch maritime sector, that is, everything that happens in shipbuilding, shipping, yacht building and in and around ports, is good for the country’s economy and employment.

In every issue of SWZ|Maritime, SWZ|Maritime’s editor-in-chief Antoon Oosting writes an opinion piece under the heading “Markets” about the maritime industry or a particular sector within it. In the January 2023 issue, he discusses the findings of the Maritime Monitor and looks at employment in the different maritime sectors of the Netherlands.

The maritime sector contributes 4.3% to the Dutch gross domestic product (GDP) and when the indirect effects are also included, the combined cluster’s share in the Dutch GDP over 2021 even rises to 6.6%. Cite me an economic cluster that performs similarly. There aren’t that many.

The above percentages from the Dutch Maritime Monitor 2022 are, of course, mainly of interest to the macroeconomists among us. But even for anyone who has ever learned to do maths and got a wallet or bank card, these are also impressive amounts when expressed in money. The direct added value, the difference between purchase price of raw materials and final sales value of the product, of the combined port and maritime cluster amounted to € 37.8 billion in 2021. A sharp increase compared to 2020 (€ 32.8 billion). Indirectly, € 18.7 billion of added value was generated, bringing the total added value to € 56.5 billion in 2021.

The Maritime, Labour Market and Port Monitor (in Dutch: Maritieme, Arbeidsmarkt en Havenmonitor) 2022, as it is called in full, is compiled annually by research firm Ecorys and the Erasmus Centre for Urban, Port and Transport Economics (Erasmus UPT) on behalf of the Ministry of Infrastructure and Water Management and in collaboration with the Nederland Maritiem Land Foundation.

What is special is that the Maritime, Labour Market and Port Monitor have been combined for the first time. Three for the price of one, writes Minister Mark Harbers, who pays for the annual survey, in his foreword. ‘The performance and figures of the maritime sector, the port sector and the associated labour market are strongly interrelated, each telling its own story, but they cannot be separated either.’

In his foreword, the Minister looked back at 2021, the year in which the large-scale disruption in trade and production networks caused by the outbreak of the Covid-19 pandemic in the previous year became clearly visible. According to Harbers, 2021 was the year with the aftermath of the previous year, but also with a considerable recovery in business activity.

The direct and indirect added value of the maritime cluster added up increased by a whopping 14.5% compared to the first Covid year 2020. That increase and the added-up direct and indirect contribution of 6.6% to the Dutch GDP are impressive figures of ‘a resilient sector, with great significance for our economy and for the daily lives of people in our country, and beyond,’ according to Harbers.

Harbers rightly notes in his foreword that the effects of Russia’s war against Ukraine are not yet visible in the monitor. According to the Minister, the facts and figures of the report speak for themselves. ‘They make the economic value of the cluster clearly visible,’ Harbers writes. ‘In our ports, at sea, in shipbuilding and in the maritime industry, not only is hard work being done every day, but the Dutch reputation as an innovative maritime country is being upheld. We should be quite proud of that!”

It would be nice, however, if he could also translate that pride into support for the implementation of the Maritime Master Plan.

Although the figures in the monitor come more than six months after industry association Netherlands Maritime Technology releases its sector annual report, the latter only covers shipbuilding and maritime suppliers. Those in the monitor are more complete, more substantiated with all Statistics Netherlands (CBS) figures and more comprehensive because they cover several sectors.

The 2021 turnover of the maritime cluster alone, excluding ports and logistics, reached € 79.4 billion. The direct added value of this cluster increased by 13% compared to 2020. Direct value added thus increased faster than direct employment (+3% compared to 2020). There has been a strong recovery from the Covid pandemic and its effects.

If indirect effects are also included, the increase in employment comes to more than 5%. Total exports of this cluster amounted to over € 40.6 billion in 2021. In 2020, this was € 32.8 billion with which the export performance thus grew strongly. The largest share in this, apart from the port/logistics sector (almost € 18.9 billion in 2021), is accounted for by the shipping sector with exports worth € 6.3 billion in 2021. Out of total exports from the Netherlands amounting to €587 billion, the maritime cluster’s share is 6.9%.

Many jobs in the ports

Direct employment is highest in the port/logistics sector. Including indirect employment, this sector employs 108,700 people. For offshore, this number is almost 54,200. Shipbuilding, yacht building, maritime suppliers, navy and inland navigation also account for a large share of total maritime employment. Fishing is the smallest sector with employment (direct plus indirect) of about 2080 people.

Measured over a longer fifteen-year period from 2006, it appears that not all sectors have been successful. If the index is set to 100 in 2006, it shows that in the port/logistics sector, added value increased by more than 50%. Maritime services, maritime suppliers, offshore, hydraulic engineering, navy and shipping also recorded increases. However, fishing, shipbuilding, inland navigation and yacht building have still failed to recover beyond the baseline index of 100.

This also translates into employment. While it increased in ports/logistics (strongly), in services, with suppliers and in hydraulic engineering, offshore and fisheries (all slightly), it declined in the other sectors.

Also read: Is there still a future for LNG as a shipping fuel?

Employment is very important, but data on the crew of Dutch sea-going vessels show a very high dependence on foreign personnel. This could lead to major problems if the EU starts banning Filipino officers or if it becomes necessary to replace Russian captains on Dutch ships in the event of an extension of the Russian-Ukrainian war. On Dutch ships, only a quarter of the crew is still Dutch, 70% comes from outside the EU including just under 900 Russian captains and officers.

The complete January 2023 issue is now available to subscribers in our Archive.