Renewed prospects for ship repair after years of slump 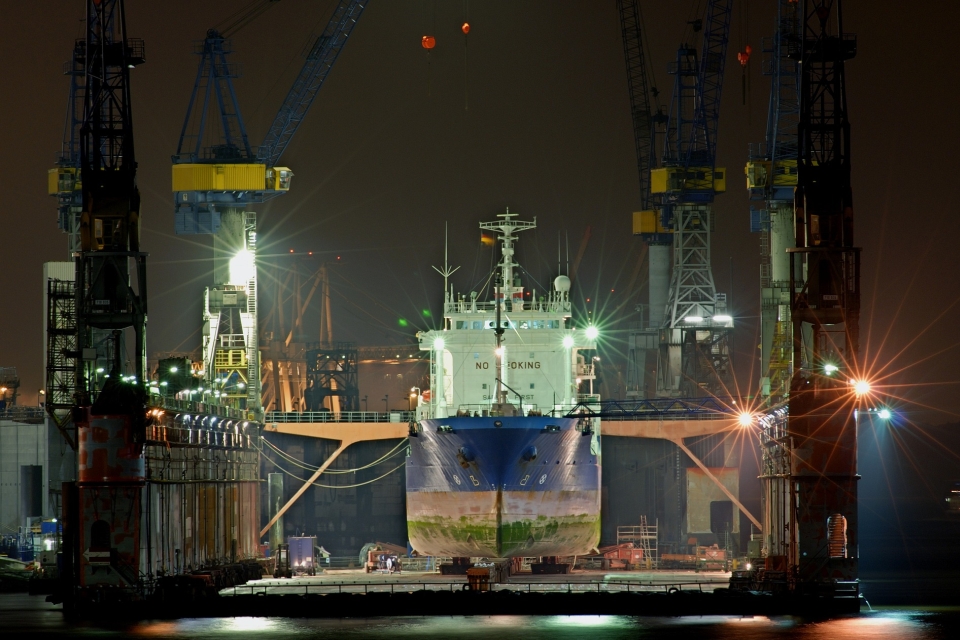 The Dutch ship repair sector for sea-going vessels is currently doing well, better than it did until two years ago. Previously, there was a steady downward trend for this sector in a mainly regional market. But partly due to the Covid pandemic and despite lower rates in Asia, shipowners are less interested in having their ships repaired in Asia, which has allowed the ship repair sector in the Netherlands and Europe to recover well. The outlook is not bad either. There is healthy growth, leading to renewed investment and also an increase in the number of providers in the sector.

In every issue of SWZ|Maritime, SWZ|Maritime’s editor-in-chief Antoon Oosting writes an opinion piece under the heading “Markets” about the maritime industry or a particular sector within it. In the November 2022 issue, he takes a closer look at the Dutch ship repair market and its prospects.

That there is perspective again in the ship repair sector has been evident for a number of years. It follows from the growth of investments in these types of companies, an increase in business activities, new entrants to the market and is confirmed by Sander den Heijer. He is sector manager for marine repair within trade organisation Netherlands Maritime Technology (NMT) and also secretary of the umbrella European interest group.

Also read: Is there still a future for LNG as a shipping fuel?

As for the 2021 results, NMT could already report at the end of May this year that the sector was doing reasonably to well. Smaller docks were well filled. Larger docks were reasonably filled, but often not yet with the large conversion/offshore projects they would like to do. Those kinds of projects were still scarce even in 2021.

The Dutch market for maintenance, repair and refits of sea-going vessels consists of some fifteen repair yards and a growing number of itinerant service providers. The latter are shipyards that usually have their own quay, but which, in addition to their own location, often carry out jobs at other locations and worldwide on board ships. Turnover in 2021 was € 343 million (2020 € 332 million). This meant that turnover still grew marginally compared to the previous year.

Despite the fact that the yards’ turnover remained fairly stable in 2021, NMT said it was positive that margins were already higher last year than in previous years, when many yards were still in the red. NMT sees several reasons for the black figures for 2021. These include a stronger focus on risk management last year and improved project management at many yards. In addition, a reorganisation was carried out at a number of shipyards to better align the workforce with supply.

Hope for bigger projects, but lots of competition

The number of large projects, such as refits and conversions, is very important for revenue, especially for the larger docks. There was no recovery in the offshore oil and gas market (a major source of these types of orders) in 2021. The cruise market also often accounts for some large projects, but many ships sailed little or not at all in 2021 due to the pandemic. There is hope that maintenance and conversion projects in this segment will pick up once the cruise market rebounds. At Damen Shiprepair Amsterdam, this already manifests.

Unlike in the newbuilding market where yards often specialise in certain types of ships, those engaged in maintenance, repair and retrofit tend to be more diverse and less specialised by segment. As a result, according to NMT, shipowners have a wide choice of yards and all these yards compete with each other. This is true not only within the Netherlands, but most certainly also with foreign shipyards. Competition is therefore fierce. Shipyards are not always judged on quality, but often mainly on price. As the number of hours in the price is a very important component, countries where the hourly rate is lower are at an advantage.

The biggest competition for Dutch suppliers therefore comes from countries such as Poland, the Baltic States and Turkey. There is also competition from Asia, but the market for maintenance, repair and retrofit of sea-going vessels remains mainly regional. A ship is now unlikely to sail to the Middle or Far East for regular docking.

For the period to 2029, Fortune Business Insights expects Asian players to retain a large share of the market. This is because half of the world’s merchant fleet is owned by Asian shipowners and most of the ships have also been built by Chinese, Korean and Japanese shipbuilders. But next to this, according to Fortune, North American and European ship repairers can also expect substantial growth.

The Ship Building and Repairing Global Market Report 2022 by US-based Research and Markets, which claims to be the largest in the field of market analysis, even forecasts annual growth of the global ship repair market averaging 10.9 per cent until 2026. According to this agency, after the Asia-Pacific market, Western Europe is the second largest in the sector. According to the report, growth is mainly driven by the prescribed installation of ballast water management systems, scrubbers and other exhaust gas cleaning systems, heat recovery systems, and fuel consumption reduction components and systems.

Another market research firm, The Business Research Company, arrives at a slightly lower expected growth rate for the repair sector: an average annual growth rate of 9.2 per cent, which of course is still a very respectable growth rate.

The Dutch repair yards for sea-going vessels are fairly spread across the country in places such as Delfzijl/Farmsum, Harlingen, Den Helder, Amsterdam, Schiedam, Rotterdam, Vlissingen-Oost and Sas van Gent. Especially on the former RDM site and around the Waalhaven in Rotterdam, a substantial expansion has taken place recently.

According to Den Heijer, the marine repair market is currently very good. Shipowners are no longer so quick to repair their ships in faraway China. Due to China’s rigid Covid regime, shipowners there risk losing their ship with crew for months if the yard concerned ends up in lockdown. So the market is developing strongly regionally, giving Dutch shipyards another chance.

Only for the really big conversion projects, such as the refits of FPSOs, China and Singapore are still an unavoidable option.

Another factor is that the surveys delayed by Covid should finally be carried out. Freight markets have been very good lately whereby a survey is often required before entering into a new charter contract. Vessels are basically required to enter drydock for the big survey once every five years. But sometimes this also happens in between or when changing charter. A survey can cover everything from specific functions to the overall survey every five years. This involves a ship being in dock sometimes for a few days to a week and sometimes another few days along the quay, depending on what needs to be done.

Surveys include various inspections of class companies. These may include thickness measurements of the hull, checking the water valves in the hull, fitting new seals, checking the propeller shaft, rudder, pods, etc. Usually, every five years, the hull is also given a new coat of antifouling.

Ship repair companies usually have a two- to three-month order book, but now most of them are full until March and with some you won’t get your turn until the second quarter of next year. So if a shipowner needs a docking slot for an urgent repair right now, he really has a problem. Ship repair companies in the Netherlands and Europe are often small with few permanent staff and many hired workers.

Larger refit orders are therefore often prepared by either the shipping company or specialised engineering firms. Someone with special 3D cameras then visits a ship to record the situation and a complete installation plan is made in 3D for ballast water management systems or scrubbers, for example.

This sometimes creates tension with ship repair companies that would like to be involved earlier in the preparation of jobs. They bring their practical experience in how to carry out certain jobs and how best to install new systems, which, according to the ship repairers themselves, can often make the jobs just that little bit simpler and quicker to carry out than an external agency or the shipping company had thought up.