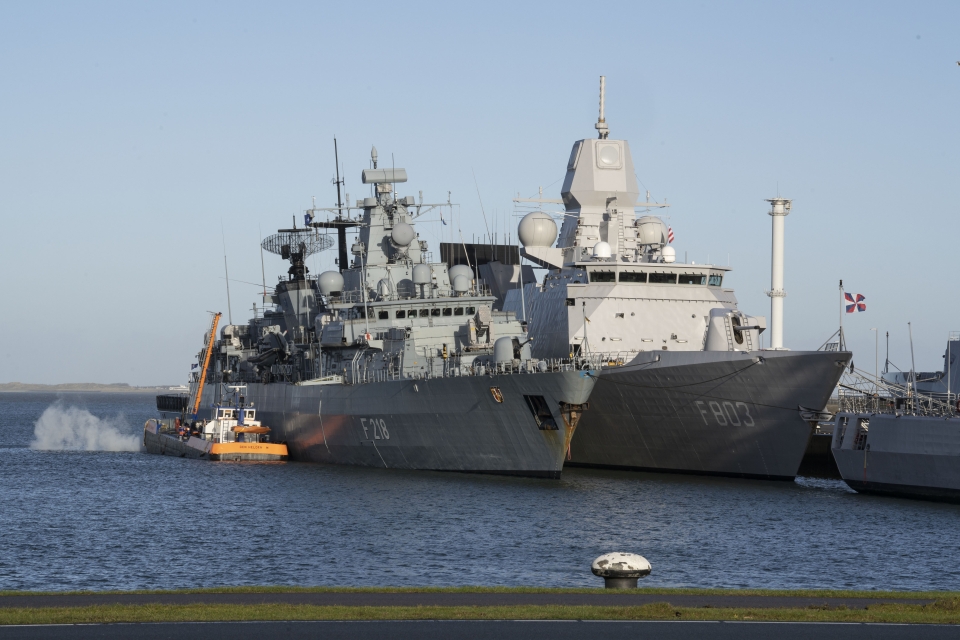 For a year, the Royal Netherlands Navy commanded Standing NATO Maritime Group 1. As of 6 January, Germany has taken over. Commander Jeanette Morang ceremoniously handed over the banner to her successor Flotillen Admiral Thorsten Marx in Den Helder for this purpose.

The Netherlands contributed for a year with a staff ship and an NH90 helicopter, among others. From here, command was exercised. The first months by commander Ad van de Sande, then by Morang as agreed. They did so from HNLMS Rotterdam, HNLMS Van Amstel, HNLMS De Zeven Provinciën, HNLMS Karel Doorman and lastly HNLMS Tromp. Since Friday, the German frigate FGS Mecklenburg-Vorpommern is the new staff ship.

It was a special year for the navy to lead the flash force. Less than two months after Van de Sande took over command from his Canadian predecessor early last year, war broke out in Ukraine. The readiness of all NATO’s fleet alliances went up with it.

For instance, ships stayed closer to home. Thus, many exercises were conducted in the North Sea and the Baltic Sea.

‘Important to our work is to deter all potential adversaries and very concretely reassure those countries that are worried about Russia’s position,’ Morang said about this recently in Dutch Defence magazine Alle Hens.

In particular, countries like Poland and the Baltic States value the presence of the fleet. ‘We practice with them, visit ports and radiate that we defend them if necessary. We are in the same sea area as the Russian navy, so you meet regularly.’ Avoiding misunderstandings with the Russians was therefore key.

Morang expressed pride in all that has been achieved at the handover: ‘We have carried the NATO message all over Europe, from Lisbon in the south, to Bergen in the north and Helsinki in the east. Every ship and crew member has shown their willingness to do everything to contribute to this. We have shown as NATO that we can defend ourselves, if necessary in such uncertain times.’

Besides port visits and operations, the ships were involved in numerous exercises. Think of the major amphibious exercise Cold Response in Norway and REPMUS, which included experiments with drones. But during the fleet engagement, ties were also established with Finland and Sweden, two candidate members for NATO. Active cooperation was established with the countries in a number of exercises.

The Dutch contribution does not stop after the transfer of command, of course. In the coming year too, the Royal Netherlands Navy will make contributions to NATO in several ways.