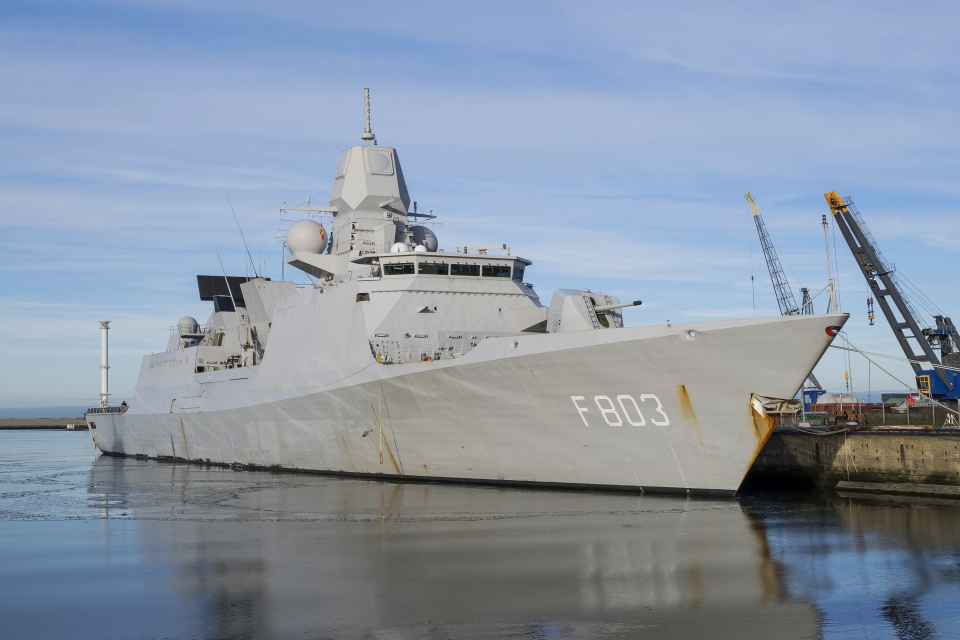 The Royal Netherlands Navy’s frigate HNLMS Tromp will be deployed operationally for the first time since its modernisation. It will act as flagship of Standing NATO Maritime Group 1 (SNMG1), a fleet of seven NATO ships.

The vessel will leave its homeport Den Helder on Sunday, 11 September, and will not return until the end of the year.

SNMG1 is one of the sailing fleet groups that can be deployed by NATO quickly and anywhere in the world, but is mainly active in the North Sea, Baltic Sea and Atlantic Ocean.

After HNLMS Tromp has joined the alliance, the international staff of HNLMS Karel Doorman will be transferred to the frigate Tromp. From then on, Commander Morang and her staff will lead the entire fleet from HNLMS Tromp.

HNLMS Tromp (F803) is the second De Zeven Provinciën-class frigate of the Royal Netherlands Navy. The ship was laid down in 1999, launched in 2001, and commissioned in 2003. The frigate is named after Dutch naval heroes Maarten Tromp (1598–1653) and Cornelis Tromp (1629–1691). During the modernisation, the platform management system, the combat management system, the bridge, the antenna park and the radar, among other things, were replaced.