‘Russian war drives cost and will not help shipping to decarbonise’ 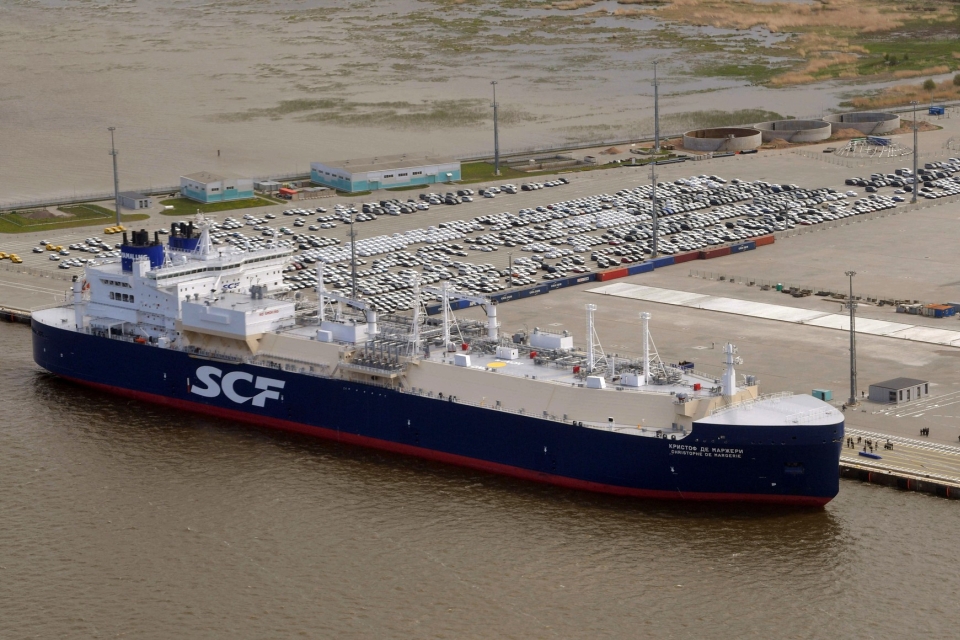 One can easily state that most maritime professionals were looking forward to meeting all “the who is who” in shipbuilding and shipping at the Hamburg SMM, the leading international maritime trade fair, to see what innovations could help us to come to zero-emission shipping in 2050. Yet, the Russian-Ukraine war has turned the world upside down and threatens to change a lot of prospects for international shipbuilding and shipping.

In every issue of SWZ|Maritime, SWZ|Maritime’s editor-in-chief Antoon Oosting writes an opinion piece under the heading “Markets” about the maritime industry or a particular sector within it. In the July-August 2022 issue, he looks at the EU ETS and Ocean Fund, how the Russian war drives cost for shipping, and how this war could be a setback for decarbonisation.

Until the 24th of February this year, many people, including highly intelligent and powerful personalities in European politics, but also less highbrow types like the Editor-in-Chief of this magazine, couldn’t have imagined how Putin would plunge Russia into a devastating war of conquest. Just before that tragic date, most of us were hoping to finally battle the Covid-19 pandemic and to overcome the negative economic consequences.

At the beginning of this year, the prospects for shipping and for investments in newer, cleaner ships with more sustainable propulsion looked favourable. A lot of shipowners and charterers earned well in most of the important shipping trades. Especially the container liners like Maersk, CMA CGM and MSC, but the Japanese also earned billions in profits that they invested in research programmes to decarbonise their fleets. The International Chamber of Shipping offered to create a USD 5 billion fund to stimulate R&D on zero-emission shipping. The pressure of especially the EU, and after the disastrous Trump-era now also of the Americans again, on cleaning up shipping’s emissions did not miss its mark.

Decision-making process is too slow

The International Maritime Organization (IMO) in London, a specialised agency of the United Nations responsible for regulating shipping, is hampered by the fact that all decisions must be made in unanimity. This process takes a lot of time and persuasion before consensus is reached on badly needed progress on for example improving the sustainability of global shipping. For a broad spectrum of European politicians in particular, this takes far too much time while oil-producing countries for example would rather continue to benefit from their income from oil production and export.

At the end of June, the Maritime Executive reported that the European Parliament and the European Council both finalised their negotiating positions on landmark reforms to the EU’s climate regulations, including for the first time, the inclusion of the maritime sector in Europe’s Emissions Trading System (ETS). According to the Maritime Executive, the two bodies are in close agreement, except for two significant points: first, the use of the revenue from auctioning maritime emissions allowances; and second, who will have to pay the bill. The Council wants to ensure that ‘national budgets of member states will benefit’ from the revenue (not shipping research), and it puts the ship manager or shipowner on the hook for paying (not the charterer).

100 per cent of emissions

Both plans would extend the existing EU ETS to cover 100 per cent of emissions on intra-European routes and fifty per cent of emissions on overseas routes. The EU Council and Parliament agree that non-CO2 GHG emissions should be tracked, though the Council’s version would defer a final decision on whether to count methane in the ETS until a later date. The Council would like to place the burden of compliance on the vessel owner/operator, who could optionally negotiate with the charterer on a contractual mechanism for sharing cost. By contrast, the European Parliament’s proposal makes a contractual cost pass-along mechanism mandatory.

In the Council proposals, all the revenues from auctioned allowances go to the administering member state (the flag state for an EU ship, or the state where the shipowner calls most often for a foreign-flag ship). This requires shipping researchers to apply to the EU’s general-purpose Innovation Fund for green-transition financing, with “due consideration” assured for maritime-related projects. This means shipowners only see their money back when they start R&D projects themselves, like Maersk and MSC do now. Smaller shipowners lack the capacities for projects such as this.

The EU Parliament opts for other solutions. It wants emissions from non-EU voyages covered 100 per cent after 2027, with some exceptions under certain conditions. Non-CO2 greenhouse gases (methane) should be included in ETS calculations. 75 per cent of all revenues from maritime allowances should be assigned to a dedicated “Ocean Fund” to support the industry’s green transition. And “polluter-pays” compliance cost allocation should be enforced using mandatory contractual pass-through of the costs to the commercial operator (charterer). Council and Parliament will now meet and negotiate the text of a large-scale legislative package, including emissions measures for other sectors like road transport and aviation.

With this comprehensive package of measures to simply financially force the shipping industry to reduce the use of fossil fuels and opt for less polluting propulsion systems, the EU increases the pressure on the IMO and other important shipping superpowers to make their ships and shipping more sustainable. And if big producing countries like the People’s Republic of China oppose the EU measures or refuse to green their shipping, it will just make their products more expensive as it will cost more to get them to the European markets. Shippers and shipowners that are prepared to work with cleaner ships to and from the EU pay fewer levies and their goods come on the EU markets cheaper.

So, China will have to go along in the developments towards greener shipping or lose part of the biggest market for their manufactured products.

The future role of Russia in the international shipping industry is not yet clear. So far, its biggest ship-owning company Sovcomflot (SCF) shrunk its fleet considerably as they had to sell a big part of their tanker fleet, hand back chartered ships and annul big newbuild orders in South Korea. A big chunk of its fleet was financed by Western banks and investors that had to withdraw due to imposed sanctions. SCF will fall back to a much smaller shipping company of just regional importance.

And a lot of the ships owned by Western shipowners, especially tankers, offshore installation and supply ships and multi-purpose carriers that brought a lot of installations to further develop the Russian oil and gas industry, will simply not sail to Russia anymore due to the sanctions.

Besides the containers with luxury and strategic goods that stay in hubports such as Rotterdam, Hamburg, and Antwerp for transhipment to Russia and are now seized by customs authorities, the biggest part of Russian shipping was the transport (export) of Russian commodities, especially oil and gas.

To develop the oil and gas fields in for example the Caspian Sea and especially the Arctic (Yamal in the Kara Sea) and in front of the Sakhalin peninsula, Russia was dependent on Western financing and knowledge from big oil companies like Esso, TotalEnergies and Shell. Specialised offshore contractors like Heerema, Boskalis, Van Oord, Belgian DEME and Jan De Nul, Allseas, and special heavy-lift shipping companies such as Spliethoff/BigLift, RollDock, RedBox and Jumbo Shipping did good business in Russia, but after 24 February, they all had to look for business elsewhere.

The sanctions will lead to a far slower development of the Russian Arctic coast. Now that the country no longer has access to Western financing, knowledge and technology, projects will take much more time to come to maturity. Of course, one can expect that the Chinese will step in to replace Western involvement, but it is doubtful they can offer in quality and capacity what Western companies are capable of. Also, the further development of the Northern Sea Route along Siberia with ports and emergency infrastructure will at least be at a far slower pace. Taking this route as an alternative to the Suez Canal will lose a lot of its attraction for most shipping companies.

The other consequence of Russia’s attempt at conquest of Ukraine is that it makes all kinds of shipping more expensive. Russia is a hugely important producer of heavy fuel oil, which is still used in most seagoing ships. At the end of this year, the Western ban on the import of Russian oil by sea will come into effect. Russia can then only ship its Arctic and Ural oil around Europe through the Suez Canal to the Asian markets where it must compete with the oil from the Middle East. In the West itself, it will accelerate the exploration of new gasfields and the development of alternative energy sources as part of the energy transition to battle climate change.

A nastier consequence of the ban on Russian coal per 10 August is that the European countries that still rely heavily on coal to produce their electricity will be forced to get this commodity from much further away: the US, South America (especially Colombia) and Australia. This should be an extra reason for all Western countries to step up their investment in offshore wind parks, in the installation of which, the Dutch offshore contractors and shipping companies are specialists.

Picture (top): Sovcomflot’s Arctic LNG tanker Christophe de Margerie, the first in a series of fifteen similar vessels, was taken into service in 2017. It transports LNG for the Yamal LNG project (by Kremlin.ru website team/Wikipedia).