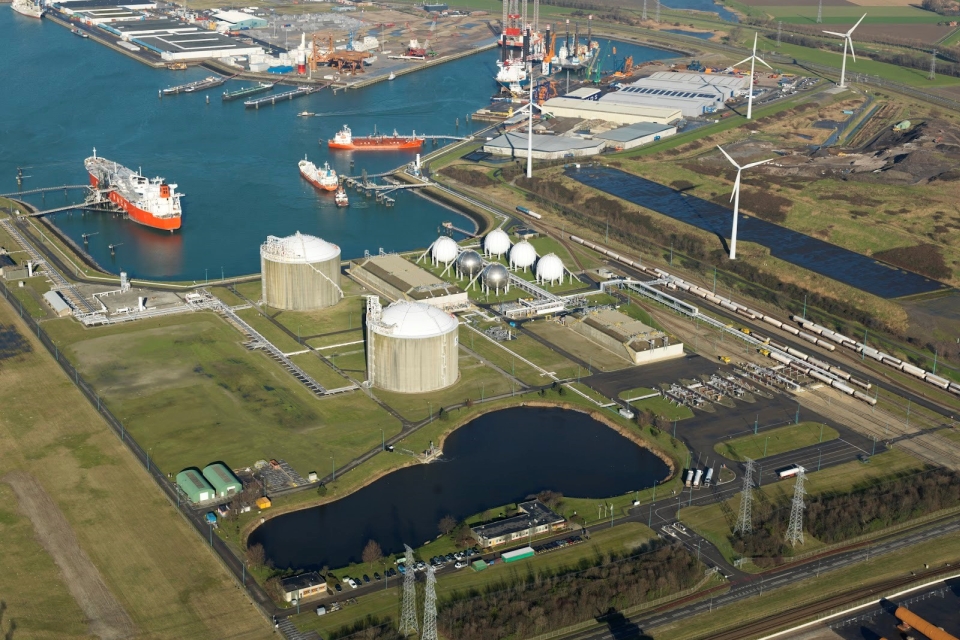 In response to the growing demand for sustainable raw materials and energy, preparations are currently being made at Vopak Terminal Vlissingen for the storage of green ammonia. The location will be connected to the Northwest European hydrogen network, which can be used to supply the Netherlands, Belgium and Germany.

Two existing refrigerated LPG storage tanks, each with a capacity of 55,000 m3, can be prepared for this. Berths, pipelines and other infrastructure are already available. There is also space available for expansions and other industrial activities, such as an installation to convert the ammonia back into green hydrogen.

Largest hydrogen cluster in the Benelux

Vopak Terminal Vlissingen is strategically located at the North Sea Port in the Scheldt-Delta region. The industry in that region, united in Smart Delta Resources, currently forms the largest hydrogen cluster in the Benelux. In addition, more than a fifth of Dutch industrial CO2 emissions occur in the Dutch part. Sustainability can make a significant contribution here to achieving the Dutch climate objectives.

Alexander Fokker, Managing Director Vopak Terminal Vlissingen: ‘Thanks to our existing infrastructure, we can offer customers a quick and economical solution. We also have room for new developments. Within Vopak we now have extensive experience with the safe storage of ammonia, a product in which additional safety precautions must be observed.’

Ammonia as a hydrogen carrier

In addition to the production of green hydrogen in the Netherlands, there will also be a need in Northwestern Europe for large-scale imports of green hydrogen to meet all future demand. Green ammonia as a hydrogen carrier will play an important role in this.

Reacting green hydrogen with nitrogen forms green ammonia, allowing the hydrogen to be efficiently and safely transported in large volumes stored and converted back to green hydrogen. In addition, green ammonia can also be used directly as a CO2-free fuel for shipping, for example, or as a raw material for the production of fertilizer.

The final investment decision will, among other things, be taken on the basis of market interest.