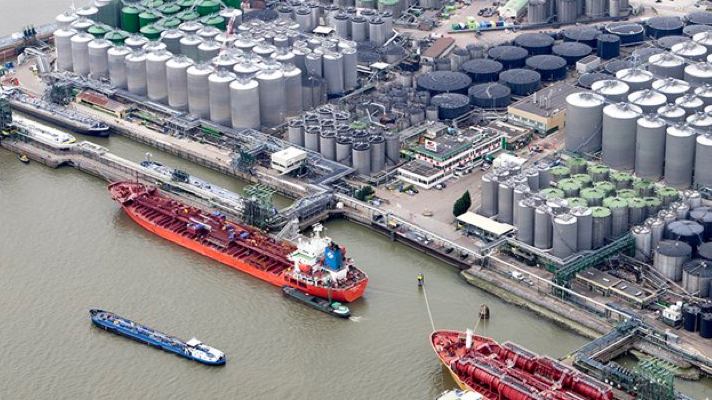 Large tank storage company Vopak is going to build sixteen new storage tanks in the port of Rotterdam. Waste based feedstocks are to be stored in them for the production of biofuels such as biodiesel. In this way, Vopak wants to respond to the increasing demand for cleaner fuels in Europe.

The new storage tanks will be built at the terminal in Vlaardingen, where Vopak already has experience with the storage of waste materials such as used cooking oil and tallow. The new tanks will have a combined capacity of 64,000 cubic metres.

Last year, the corona crisis clearly impacted the industries for which Vopak arranges storage, the company said at the presentation of its annual results. ‘We have seen unprecedented changes in the supply and demand for gas, chemicals and oil,’ the company stated. The company also benefited from the fact that at certain times of the year, oil traders were eagerly looking for storage opportunities as oil prices were very low and they were speculating on later price increases.

The annual figures themselves were heavily coloured by the fact that Vopak had previously disposed of parts. Ultimately, net profit almost halved. Revenues also decreased slightly. But Vopak remains enthusiastic about its future prospects. The Rotterdam-based company also emphasised that it is still on course to reduce costs.

Vopak’s storage tanks were almost as full in the fourth quarter of last year as in the previous quarter. The demand for storage of oil, gases and chemicals was therefore still very high. The tanks were 91 per cent full last quarter compared to 92 per cent a measurement period earlier. In the same period in 2019, tanks were 85 per cent full.