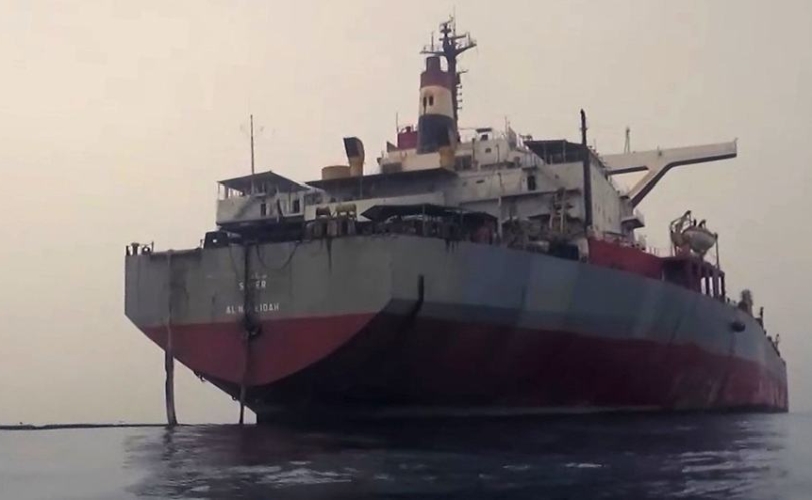 The Netherlands will release an additional EUR 7.5 million for salvage operations of the FSO Safer, a floating oil storage vessel off the coast of Yemen. According to the United Nations, this means the funding is in place to begin the emergency operation of transferring oil from the decaying supertanker to a safe vessel.

Moored off the Red Sea coast of Yemen, the FSO Safer is a rapidly decaying supertanker at risk of a major oil spill from breaking apart or an explosion that could occur at any time. The vessel currently holds over a million barrels of oil.

So far, and with the latest contribution of the Netherlands which doubled its contribution to EUR 15 million, the United Nations has gathered USD 75 million (about EUR 77.8 million) from donors and crowdfunding to conduct a salvage operation of the FSO Safer. This is enough to remove the oil from the decaying supertanker.

‘Normally, as minister, it’s my job to deal with the repercussions of disasters,’ said Dutch Minister for Foreign Trade and Development Cooperation, Liesje Schreinemacher, when announcing her country would make an extra EUR 7.5 million available for the FSO Safer. ‘But in this instance we have a chance to prevent a disaster. The Safer is a ticking timebomb. We need swift action. It’s encouraging that so many countries have pledged their financial support. Thanks in part to the Netherlands’ contribution we now have the necessary funds to start salvaging the vessel. Obviously, all the other parties will have to follow through on their pledges as well. The Netherlands stands ready to help the UN start this operation as soon as possible.’

The Dutch government has expressed the hope that Smit Salvage, which has been advising the UN on this matter and also presented the plan for removing the oil of the FSO Safer in the video below, and other Dutch salvage experts will continue to be involved in the project.

According to the UN official leading the organization’s efforts on the FSO Safer, David Gressly, said reaching the amount needed to implement the emergency operation was a fantastic milestone. To begin work on the emergency operation as soon as possible, the United Nations needs donors to convert all of the pledges to cash. As of 18 September, USD 59 million has been disbursed or was in the process of being disbursed.

The UN has created a two-track plan of USD 113 million for the salvage of the FSO Safer, comprising USD 75 million for the emergency operation and USD 38 million for the installation of safe long-term replacement capacity for the Safer. These funds are not yet available.

The original budget of the plan was reduced by USD 31 million largely because of the adoption of a double-hull vessel tethered to a catenary anchor leg mooring (CALM) buoy system as the safe long-term solution. The system is the fastest to implement and most flexible of the three long-term replacement options that were considered.

The FSO Safer has been used as a storage vessel for oil near Yemen since the late 1980s. Having been abandoned five years ago when its engine room flooded with seawater, the 44-year-old Safer super tanker still holds some 1.1 million barrels of oil. And its structural integrity is now seriously deteriorating.

The vessel was abandoned off the coast of Yemen’s key port of Hudaydah, which has been under the control of Houthi militants, one side in the long-running civil conflict between the group formally known as Ansar Allah, and the internationally recognised Yemeni Government. The rapidly decaying vessel sprang a leak in late May.

Should a massive oil spill occur, the clean-up is expected to cost USD 20 billion, while it would take 25 years for fish stocks to recover. In addition, shipping and ports could suffer from a large oil spill. That is why the United Nations has stepped in to come up with a plan and the funds to prevent this from happening.