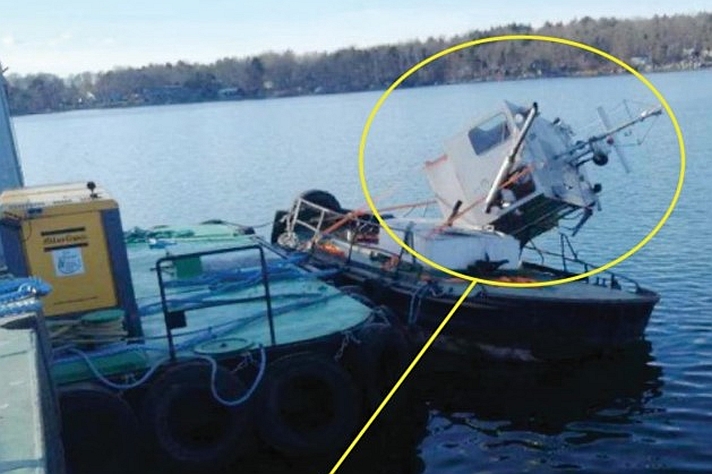 The Nautical Institute warns that a vessel moving in two directions is harder to control while such a manoeuvre may also affect situational awareness. This was the case in the Institute’s latest Mars Report, which saw a reversing and turning RoRo vessel collide with a tug.

A RoRo vessel was inbound and had just boarded a pilot. The master was soon to take a pilot exemption certificate for the port, so he asked the pilot for permission to manoeuvre the vessel into the harbour under the pilot’s supervision. The pilot had no objections.

Infrastructure works were taking place in the harbour near the RoRo vessel’s dock. On the day of the occurrence, a dredging barge, split hopper barge and an attending tug were working as a group in an area indicated by four yellow buoys.

As the RoRo vessel entered the harbour, it had to turn through 180 degrees before berthing. An officer, in direct radio contact with the bridge, was posted on the quarterdeck in order to assess and report the distance between the vessel’s stern and the dredging units.

Once the vessel’s stern had passed the last yellow buoy of the dredging area at a distance of 30 metres, the master initiated the turn to port, using the rudder and side thrusters (bow and stern). The master then moved to the portside bridge wing where the engine, rudder and side thruster controls were now switched. At about the same time, the pilot moved over to the starboard side of the bridge in order to have a better view of the vessel’s stern.

The vessel gained speed astern, and was closing on the dredging units. The officer on the quarter-deck warned the bridge team that the vessel was now 20 metres from the dredging units and continued to give the distances, which were closing quickly as the RoRo was now making about two knots astern. At some point, full ahead was applied on the engine controls but the effect was too late. The stern of the RoRo continued to sweep over the attending dredging tug. The tug wheelhouse was torn from its attachments, and was left hanging over the starboard side of the tug.

After the collision the ro-ro proceeded ahead in order to pass the dredging unit, complete the turn and reverse into its berth. The three crew of the dredging unit were unharmed, but the tug was listing heavily.