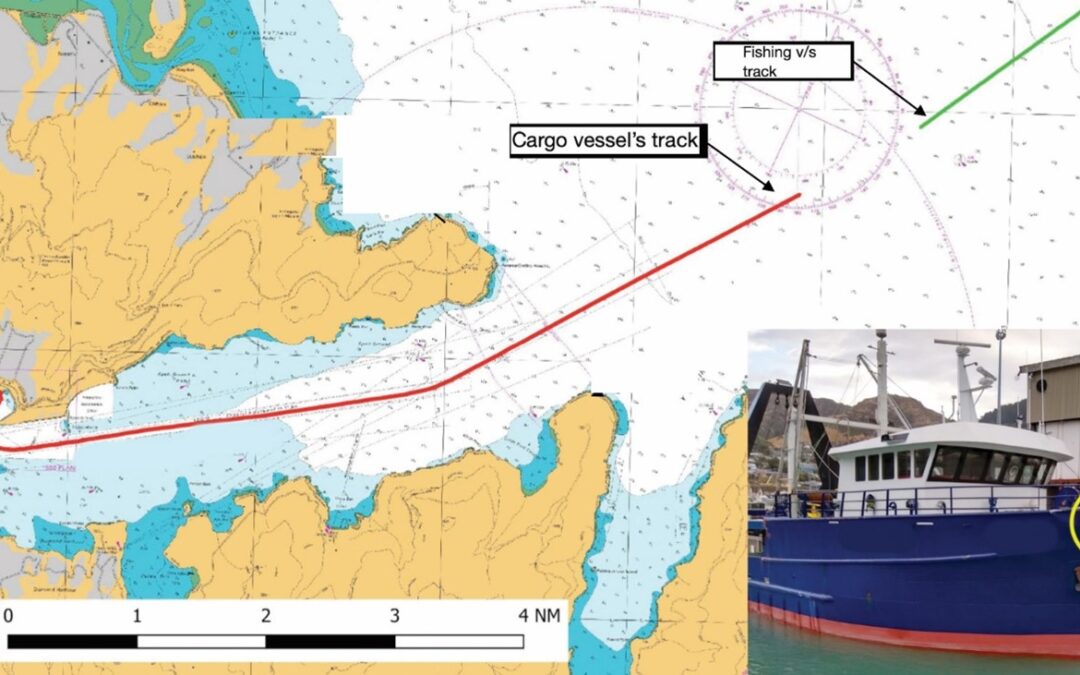 Distractions on the bridge will ALWAYS lead to lower situational awareness. The Nautical Institute gives this warning in its latest Mars Report in which a cargo vessel collided with a fishing vessel. At the time, the cargo vessel’s master was talking to three passengers present on the bridge.

A cargo vessel was leaving port under pilotage, in darkness but with good visibility. The bridge team comprised the pilot who had the con, the master, officer of the watch (OOW) and a helmsman. Also on the bridge were three representatives of the vessel charterer who were making an observation trip to the next port.

As the vessel exited the port, the pilot handed the conduct of the vessel to the master in preparation for disembarking. There was no discussion about traffic in the area during the handover, and the bridge team had not noticed the presence of an inbound fishing vessel some 5 nm ahead. The OOW accompanied the pilot to the main deck and observed as the pilot boarded the pilot launch.

When the OOW returned to the wheelhouse, the master was in discussion with the three passengers. The OOW then observed a small vessel fine on the port bow. Viewed through binoculars, both the port and the starboard navigation lights were visible. The OOW informed the master of the small vessel’s presence.

Also read: Loaded tanker collides with a fishing vessel in a restricted waterway and low visibility

At this point, the fishing vessel was approximately 3.5 nm away, but it was not yet showing as a target on the radars because they were still set to the 3 and 0.75 nm range scales used to exit the port. The fishing vessel had a speed over ground (SOG) of about 7.8 knots. The SOG of the outbound cargo vessel was 8.2 knots. As the cargo vessel came clear of the port channel, the master ordered the engine speed to be increased, giving a new SOG of about 11.8 knots. At this point, the vessels were about 10 minutes apart.

Soon after, the OOW informed the master that the bow crossing range was 0.089 nm. At this point, the master ordered hard starboard and sounded one continuous long blast on the vessel’s whistle. Within seconds the cargo vessel and the fishing vessel collided.

The fishing vessel’s bridge was manned by a lone watchkeeper who was not sufficiently familiar with the Colregs to stand a watch. He had left the bridge about one minute before the collision to wake the master, unaware that they were running into danger. As the crew and the master regained the wheelhouse of the fishing vessel, they heard the whistle of the approaching cargo vessel. The master attempted to steer to safety, but the two vessels collided shortly afterwards. Only minor injuries were sustained by the master of the fishing vessel and the vessel sustained bow damage.

The official report found, among others, that;

This accident was covered in the Mars Reports, originally published as Mars 202207, that are part of Report Number 352. A selection of this Report was also published in SWZ|Maritime’s March 2022 issue. The Nautical Institute compiles these reports to help prevent maritime accidents. That is why they are also published on SWZ|Maritime’s website.