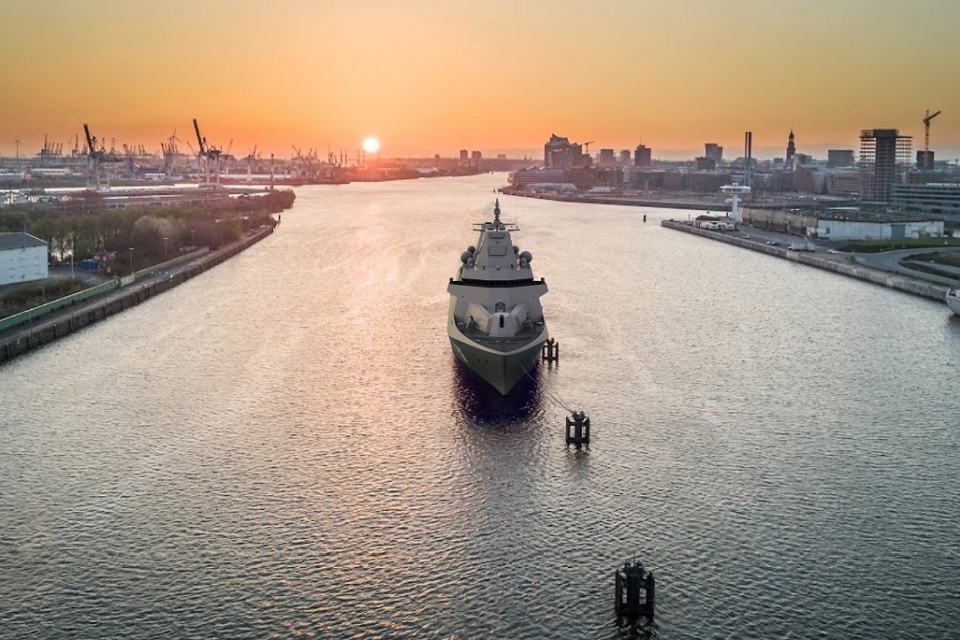 Damen Naval has signed contracts with various industry players to supply systems for the four new F126 frigates for the German Navy. The latest in line is MAN Energy Solutions, which will supply the propulsion diesel engines. The frigates boast a top speed of over 26 knots without having to make use of a gas turbine.

The contract with MAN was announced during the SMM trade fair in Hamburg. The order involves eight MAN 32/44CR propulsion engines, two for each of the four contracted frigates. An option exists for two further frigates. The engines feature selective catalytic reduction (SCR) systems to comply with IMO Tier III regulations.

Furthermore, the engines will be equipped with a high-displacement, soft-resilient mounting system to comply with the latest regulations regarding shock and noise requirements. MAN Energy Solutions will also supply its latest development in engine control systems, which is state-of-the-art in terms of cyber security. The first engines will be delivered to the shipyard in early 2024.

This means no gas turbine is used for top speed, which is expensive in purchase, fuel consumption and maintenance. Moreover, gas turbines can only be supplied by Rolls-Royce (England) and General Electric (US).

Also part of the CODLAD system are the gearboxes and innovative advanced electric propulsion systems that will be supplied by RENK. RENK signed a contract for this equipment for the German frigates on 23 June 2022. The electric motors and gearing are placed at a common raft with elastic mountings to reduce underwater noise. These electric propulsion motors drive the propellers either individually or together with the diesel engine. This is the first time the German Navy is will utilise this propulsion concept.

Rolls-Royce’s business unit Power Systems in Friedrichshafen was contracted in September 2022 for the delivery of sixteen MTU diesel generator sets of variable speed, series 4000, for the four frigates. These will be equipped with SCR and also form part of the CODLAD system.

Hein van Ameijden, Managing Director of Damen Naval: ‘The biggest advantage of the variable speed generator set is reduction of fuel consumption at part load operation. For Damen Naval, it is the first time that variable speed generator sets are applied on naval vessels in combination with a direct current (DC) grid. We expect that this type of configuration will be the new standard in high-end naval applications.’

Also part of the CODLAD system are an integral Platform Management System, a Conditioning Monitoring system and other control systems that will be supplied by Rolls-Royce MTU Friedrichshafen, and four controllable pitch propeller systems along with associated hubs, blades, hub caps, and shaft lines to be delivered by Kongsberg.

In June 2020, the Federal Office of Bundeswehr Equipment, Information Technology and In-Service Support (BAAINBw) ultimately awarded the construction contract for the four ships to the Dutch shipbuilder Damen as the general contractor. Damen Naval will deliver the frigates to the German Navy as general contractor, together with sub-contractors Blohm+Voss and Thales.

The ships will be constructed entirely in Germany at shipyards in Wolgast, Kiel and Hamburg. The first ship will be handed over in Hamburg in 2028 and the contract includes an option for two further frigates.

In addition to the suppliers already mentioned above, Damen Naval has enlisted a number of other suppliers. These include: