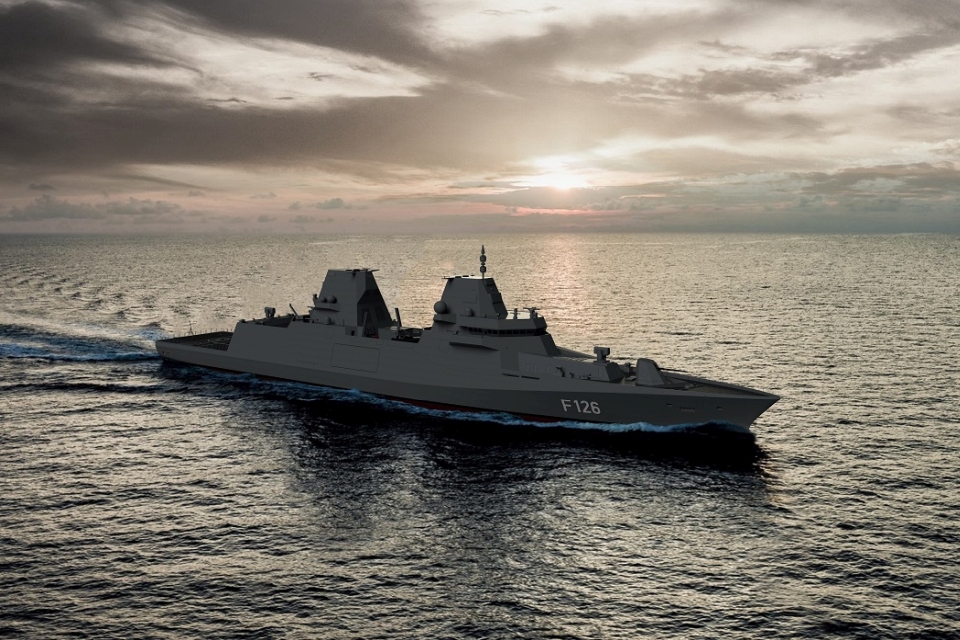 Damen Naval and Rolls-Royce business unit Power Systems have signed a contract to deliver sixteen mtu diesel generator sets for the four new F126 frigates for the German Navy. They are the most environmentally friendly naval gensets Rolls-Royce has ever produced.

Although Damen and Rolls-Royce, whose business unit Power Systems is based in Friedrichshafen, Germany, have a long-standing cooperation in shipbuilding, this is the first time a contract has been awarded for mtu naval diesel generator sets.

According to Managing Director of Damen Naval, Hein van Ameijden, the choice was based on Rolls-Royce’s high-end naval oriented mtu solutions and experience on the high-end naval market. ‘We are delighted to announce the news of this contract and the fact we have found another German partner for this prestigious and important project for the Bundeswehr.’

The onboard power of each F126 vessel will be provided by four mtu Series 4000 variable speed gensets. These high performance gensets are the most environmentally friendly naval gensets Rolls-Royce has ever produced: They meet the requirements of the IMO Tier III emissions directive thanks to state-of-the-art mtu selective catalytic reduction (SCR) systems.

Due to their variable speed capability, the engines can be operated efficiently, saving fuel and reducing maintenance. The agreement also includes an Integrated Logistics Support (ILS) package. It is the second F126 contract awarded to Rolls-Royce; earlier this year Damen Naval chose the company to supply the automation solutions mtu NautIQ Master and mtu NautIQ Foresight.

Van Ameijden: ‘The biggest advantage of the variable speed generator set is reduction of fuel consumption at part load operation. For Damen Naval, it is the first time that variable speed generator sets are applied on naval vessels in combination with a DC [direct current, Ed.] grid. We expect that this type of configuration will be the new standard in high-end naval applications.’

In June 2020, the Federal Office of Bundeswehr Equipment, Information Technology and In-Service Support (BAAINBw) awarded the construction contract for the four F126 frigates to Dutch shipbuilder Damen as the general contractor with its sub-contractors Blohm+Voss and Thales.

The ships will be constructed entirely in Germany at shipyards in Wolgast, Kiel and Hamburg. The first ship will be handed over in Hamburg in 2028. The contract includes an option for two further frigates. Johannes Dumrese, sea captain and head of the German Navy Press and Information Centre, has said Germany wil likely make use of the option, but so far, this has not yet been confirmed.