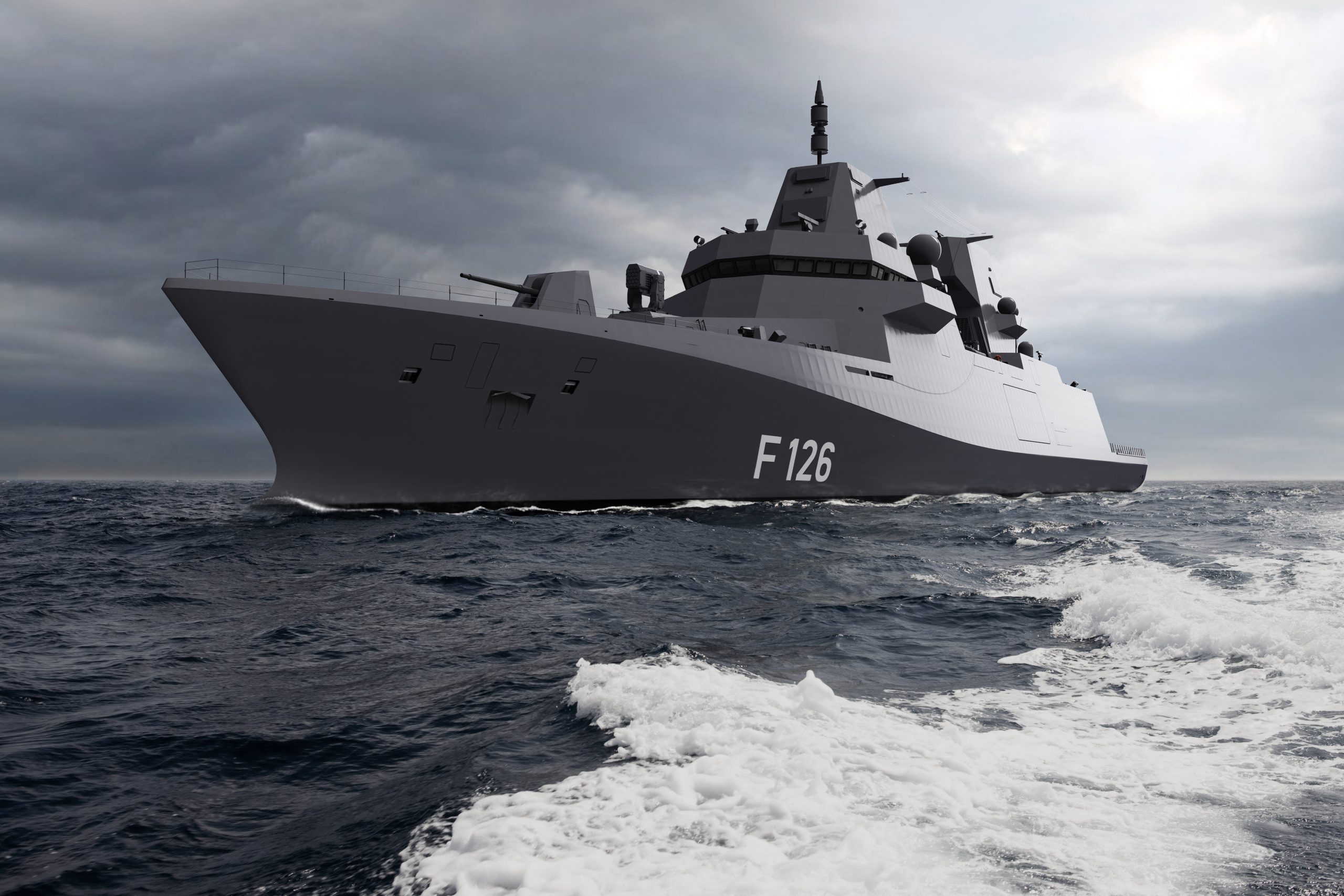 In 2020, the German navy signed a contract for four F126 frigates and an option for two more with Damen Shipyards. The war in Ukraine will now likely see Germany make use of that option, meaning a multi-billion-euro order is once again headed for Damen.

Dutch newspaper FD says the plans were revealed by Johannes Dumrese, sea captain and head of the German Navy Press and Information Centre.

The Federal Office of Bundeswehr Equipment Information Technology and In-service Support (Das Bundesamt für Ausrüstung, Informationstechnik und Nutzung der Bundeswehr (BAAINBw)) and Damen Schelde Naval Shipbuilding signed the contract for the construction of the MKS 180, now named F126, for the German Navy on 19 June 2020. It is one of the largest procurement projects in the history of the German navy.

The F126 will replace the F123 Brandenburg class frigates. The contract comprises the supply of four ships from 2028 to 2031 with an option for two more beyond 2032. The new frigates come with a price tag of more than one billion euros a piece.

Read all the details of the F126 here: A closer look at Germany’s true multi-mission F126 frigate of Dutch design

The signing of the contract is the result of a European tender issued by the BAAINBw in 2015. Damen, together with its partners Blohm+Voss, a subsidiary of the Lürssen Group, and Thales, was declared the winner of the five-year tender. Together with its partners and involving German Naval Yards Kiel, Damen will handle the order in such a way that about eighty per cent of the total net investments will remain in Germany.

The ships will be built at Blohm+Voss in Hamburg, involving other Northern German shipyards in Bremen, Kiel, as well as in Wolgast and thus 100 per cent in Germany. The main contract also includes logistic services and multiple land-based test and training sites.

All signals green for extending order

According to Dumrese the political decision still has to be made at a later stage in the Bundestag, but according to him all signals are green for extending the frigate contract, adding that Germany wants ‘to be quick’.

A spokesman for Damen Shipyards tells FD the company is both delighted and ready should Germany decide to make use of the option.