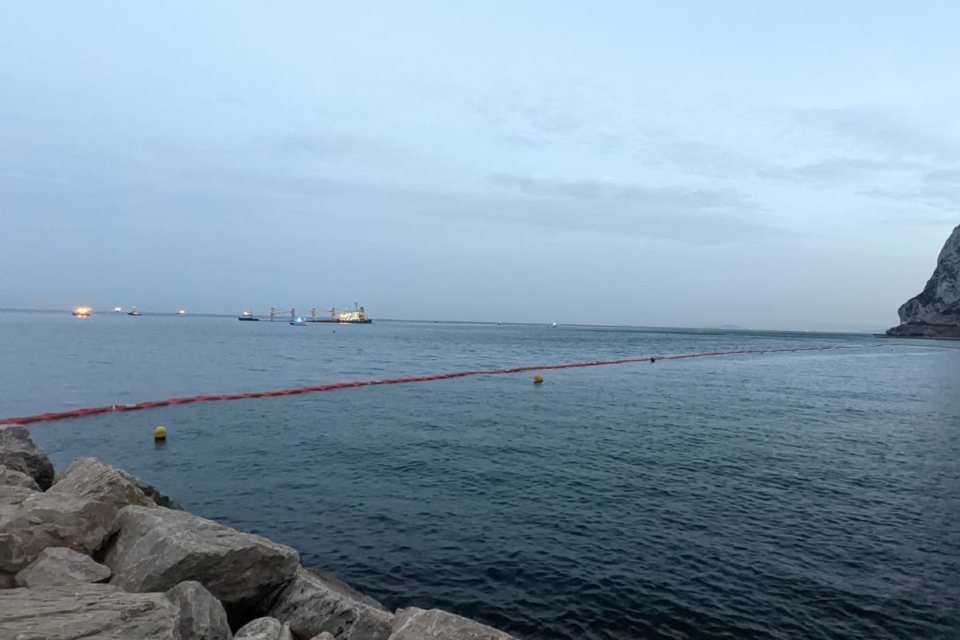 The situation has remained stable with continuous pumping out of diesel from the bulk carrier OS 35 overnight in the Port of Gibraltar. As of 7 am today, 197 cubic metres of diesel have been removed from the vessel. This represents around eighty per cent of the vessel’s diesel load.

Continuous monitoring has been in place throughout the night including drone and land based thermal imagining. Port operations in Grabltar at present remain suspended.

The OS 35 collided with LNG tanker Adam LNG in the Port of Gibraltar on 29 August as it was manoeuvring to exit. Although the tanker only suffered minor damage, the OS 35 suffered a ten by four-metre gash in the starboard side of the hull and was making water. It was directed to a location off Catalan Bay to beach and prevent it from sinking. The bow went underwater and is resting on the seabed. On Wednesday, the hull broke, but the two parts have not yet fully separated. The vessel is sitting 700 metres off the shoreline of Catalan Bay.

So far, there have been three oil spills. A leak of hydraulic fluid from the vessel’s forward crane, a spill of lube oil occurred when the vessel broke and heavy fuel oil when the seal of two vents became loose. The Gibraltar Port Authority has laid booms around the vessel and has separate booms in place to contain spills beyond the primary containment around the vessel.

A boom has also been installed at Catalan Bay to preserve the beach’s shoreline.

Pictures by Government of Gibraltar.