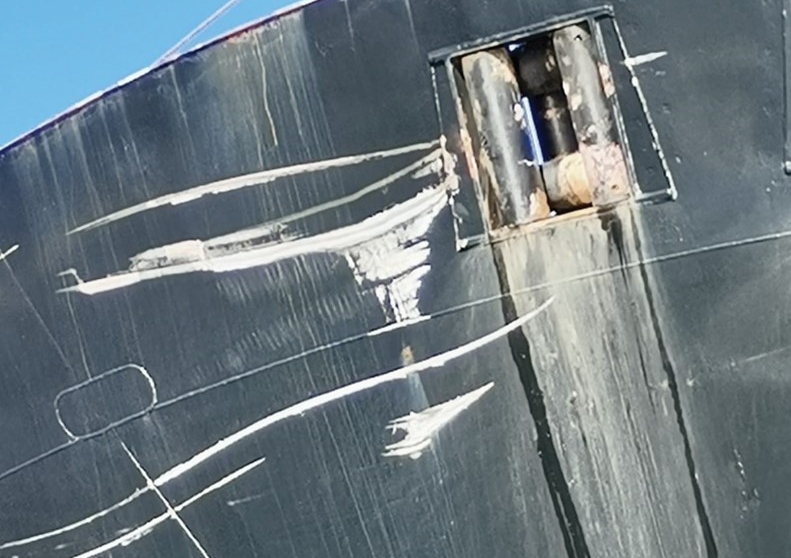 Collisions are possible even when both vessels are at anchor. A vigilant anchor watch is therefore always advisable, says The Nautical Institute in its latest Mars Report. In this report, a tanker was hit by another vessel in an anchorage after the wind shifted, causing the vessel to drag anchor.

A tanker was anchored in a congested port anchorage area. During the evening the wind changed direction and freshened to 20 knots. Under these new conditions, another vessel at anchor that had previously been on the port side at a distance of 0.18 miles was now on the bow at a distance of 0.13 miles.

The officer of the watch (OOW) immediately realised the increase in risk and advised the master, who came to the bridge. The master called the pilots to request a move to a safer position, but this request was not allowed. Soon, a gust of nearly 32 knots caused the vessel on the bow to begin dragging anchor towards the tanker.

The master sent some crew forward to let out additional anchor chain in an attempt to make room for the vessel dragging towards them. He also tried using the bow thruster to help avoid the oncoming vessel, but collision was now inevitable.

With the oncoming vessel now dragging anchor at about 1.2 knots, the crew at the bow were called back, to prevent injuries in the case of collision. The impact was light and caused some scraped paint and a small indentation at the bow just above the starboard anchor.

Picture: The impact was light and caused some scraped paint and a small indentation at the bow of the tanker.

This accident was covered in the Mars Reports, originally published as Mars 202217, that are part of Report Number 355. A selection of this Report was also published in SWZ|Maritime’s June 2022 issue. The Nautical Institute compiles these reports to help prevent maritime accidents. That is why they are also published on SWZ|Maritime’s website.