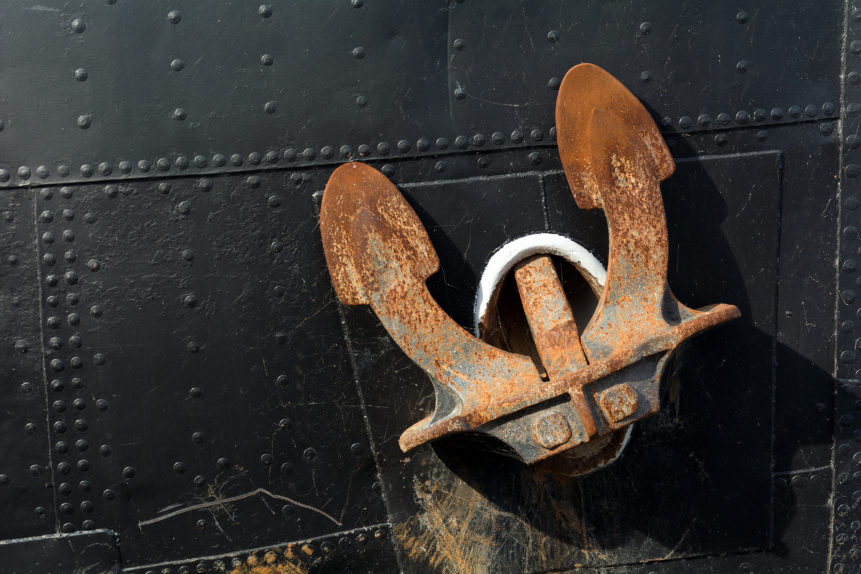 Anchoring a ship on a lee shore with expected high winds is asking for trouble. In a recent Mars Report, a master did just that. Despite keeping the main engines ready, he could not get the bulk carrier under control resulting in its grounding.

A bulk carrier coming into port was low on bunkers, and because of payment problems the master opted to remain at anchor overnight rather than go into port. The vessel anchored with seven shackles of chain in 17 metres of water one nautical mile off the coast. The weather forecast predicted southerly winds up to Force 8. The master’s night orders specified that in wind speeds in excess of 31 knots, the main engine should be in immediate readiness. The master also discussed the risk of the vessel dragging anchor with the bridge watchkeepers, and before going to bed emphasised his instructions regarding engine readiness.

At 2100, in view of the increasing wind speed, the officer of the watch (OOW) ordered the duty engineer to ensure that the main engine was in immediate readiness. By 0400 the following morning, the southerly wind was gusting over 52 knots, the sea swell was between 4 and 5 metres, and the vessel had begun to yaw. 25 minutes later, the vessel started to drag its anchor towards the lee shore at a speed of about 1.4 knots. The master was called to the bridge.

The anchor was brought in with difficulty. About 35 minutes after the initial dragging, it was aweigh. The vessel started to fall beam to the wind and the master’s attempts to keep the bow into the wind and check the leeway by intermittent use of the engine were unsuccessful.

When the anchor came into view an abandoned chain was seen snagged across its flukes. Once advised that the anchor was fouled by another chain, the master stopped manoeuvring. An attempt to clear the chain by dropping the anchor and heaving it in again was unsuccessful.

By 0510, the vessel was approximately six cables off the coast on a heading of 274 degrees and making over 2 knots leeway to the north. Running out of sea room, the master applied full port rudder and put the engine to “full ahead” to try to turn the vessel into the wind. 5 minutes later, the master assessed that the vessel would not clear the point, which was only 0.5 nautical mile to the west, and stopped the engine. With the vessel within 2 cables of the shallows, the master ordered the port anchor let go.

The vessel grounded on the coast at 0525. The vessel was later refloated, but had sustained significant damage. The bulk carrier’s track before grounding.

This accident was covered in the Mars Reports, originally published as Mars 202030, that are part of Report Number 331. A selection of this Report has also been published in SWZ|Maritime’s June 2020 issue. The Nautical Institute compiles these reports to help prevent maritime accidents. That is why they are also published on SWZ|Maritime’s website.

More reports are needed to keep the scheme interesting and informative. All reports are read only by the Mars coordinator and are treated in the strictest confidence. To submit a report, please use the Mars report form