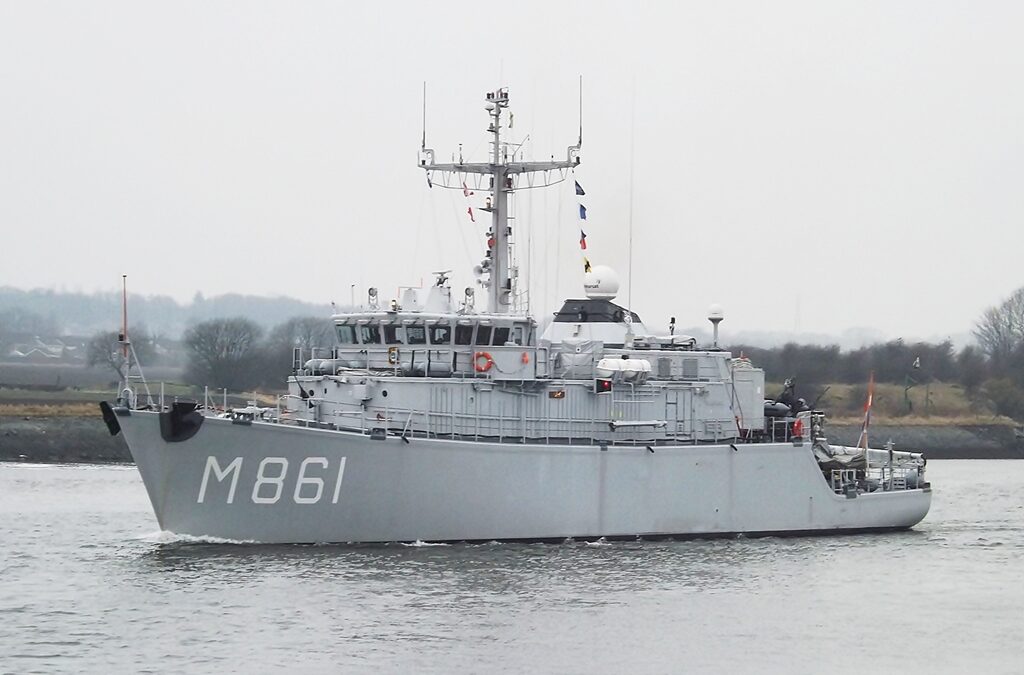 The Royal Netherlands Navy has bid farewell to HNLMS Urk. The mine countermeasure vessel was ceremoniously removed from service last week after more than 35 years of loyal service.

The ship belonged to the Alkmaar class, which still counted fifteen ships in 1989. Now that HNLMS Urk has also disappeared from the Ministry of Defence‘s inventory, only five vessels of this type remain.

Meanwhile, the navy can look forward to new Mine Countermeasure Vessels equipped with unmanned and autonomous flying and sailing drones. The vessels were ordered together with Belgium, which is in charge of the project. The first of the six, the HNLMS Vlissingen, is scheduled to enter into service in 2025. Construction of this vessel, which is carried out by French Naval Group, began on 14 June. Belgium will also receive six such vessels, with the first one, the Oostende being delivered at the end of 2024.

The main task of the vessels is to keep the sea, coastal waters and harbour mouths free of explosives. They also carry out mine-fighting operations and thus protect maritime units in mine-prone areas.

All in all, the navy not only protects military units with its mine action vessels, but also the fishing industry. By clearing explosives, the navy wants to prevent fishermen from catching them in their nets, with all the consequences this entails.

The Urk, recognisable by number M861, was named after the municipality of the same name in the Dutch province of Flevoland. The ship was adorned with the municipal coat of arms of Urk, which includes a silver haddock.

The Urk was taken out of service because the ship had reached the end of its life. It is not yet clear whether a “second life” awaits the “elderly” Urk.