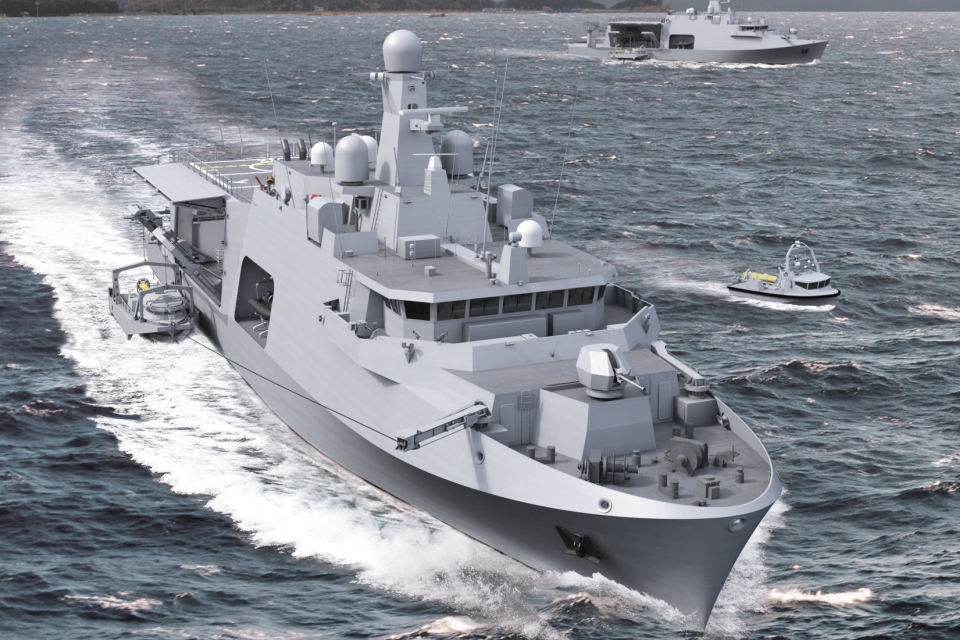 ECA Group has opened its new factory in Ostend, Belgium, which will be dedicated to the production and support of Mine Warfare Drones. The hundreds of drones contracted by the Belgian and Dutch navies for their new Mine Countermeasure Vessels will be manufactured here.

The official opening took place on 10 June in the presence of Hilde Crevits, Deputy Prime Minister of the Flemish Government and Admiral Hofman, Chief of Defence.

The production of the drones will start in September and the first complete toolbox will be delivered to the Belgian Navy in 2024. In parallel, the new ECA Group facility will also serve other contracts and prospects. Lean manufacturing of AUVs (Autonomous Underwater Vehicles) and USVs (Unmanned Surface Vehicles), efficient supply chain management, and demonstrations to customers will be the core of its activities.

The new facility is to strengthen the ties with the Belgian and Dutch navies, the Naval Academy (with a.o. Naval Mine Warfare NATO Centre of Excellence), local industries and academic players in Belgium. ECA Group will partner with local companies and contribute to the development of local skills and industrial capabilities.

The ECA Group Ostend factory has a direct access to the waterfront. The drones will be sea tested and customers will be able to see them evolve directly under normal conditions of use.

The support received from the city of Ostend, the Port of Ostend, the Flemish government and Belgium Defence has helped the timely construction of this new facility. This represents a multimillion euros investment of ECA Group and its shareholder Groupe Gorgé.

In the short term, 25 positions are being created and the team will grow to fifty people in the coming years.

The Netherlands and Belgium are purchasing a total of twelve Mine Countermeasure Vessels together, six for each nation. These ships and their toolboxes, extensive packages of unmanned surface and underwater systems, will be delivered by Naval Group and ECA.

The first one, the Oostende, will be delivered to the Belgian Navy at the end of 2024. The Netherlands will receive its first ship, the Vlissingen, in 2025. The keel of the first vessel was laid on 30 November 2021.

These Mine Countermeasure Vessels have the following characteristics: