Construction of first new Dutch Mine Countermeasure Vessel kicks off 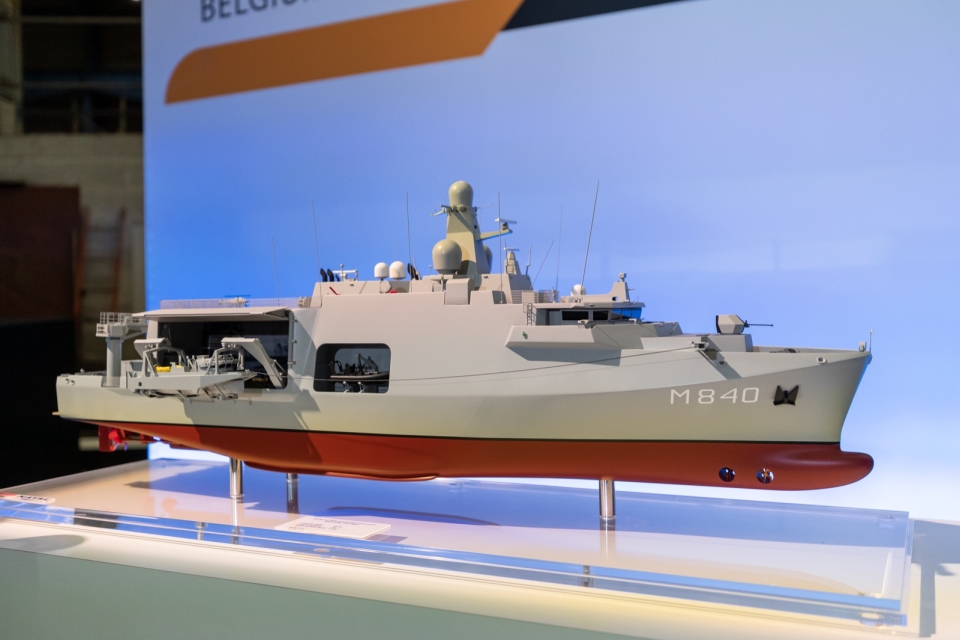 With the welding of a coin, construction of the first new Dutch Mine Countermeasure Vessel was ceremoniously started on Tuesday, 14 June. After laying the keel in Lanester, France, HNLMS Vlissingen will take further shape in the coming period.

First the hull of the ship is built in different parts. These pieces will then be joined together to form a whole. Next, the new systems will be installed. The Vlissingen is scheduled to set sail in 2025.

The Vlissingen is one of twelve new Mine Countermeasure Vessels that the navy has purchased together with Belgium. Both countries will receive six. The current minehunters are nearing the end of their service lives and are therefore due for replacement. Construction of the first new Belgian minehunter, the Oostende, already began in November 2021, which will be delivered to the Belgian Navy at the end of 2024.

The threat of sea mines is still topical. They are relatively cheap and easy to produce explosives that can be used to block seaports, for example. Furthermore, the seabed is still full of projectiles from the Second World War. It is estimated that tens of thousands of mines and bombs still lie in the North Sea alone. They are still a danger. Several fishermen even lost their lives after getting explosives in their nets.

The current generation of Mine Countermeasure vessels is still deployed weekly, but their successors can do the job more safely. They are equipped with unmanned and autonomous flying and sailing drones. These can be deployed on the water, above the water and under water. In this way, the ships and their crews no longer need to sail into an area where there may be sea mines and other explosives.

Commander of the Royal Netherlands Navy, Vice Admiral René Tas: ‘These Mine Countermeasure Vessels contribute to a future-proof mine-fighting operation and thus a safer future at sea for the Netherlands, Belgium and our NATO partners.’

The Netherlands and Belgium did not only seek cooperation in the procurement of the Mine Countermeasure Vessels. Both countries are also working on joint education, training and operations with the ships. The purchase of other equipment, such as the multi-purpose frigates, is also being done in agreement. The Netherlands has a leading role in this project, whereas the Belgians are in the lead for the minehunters, which are built at French Naval Group. ECA Group from Belgium supplies the drones.

The Mine Countermeasure Vessels have the following characteristics: