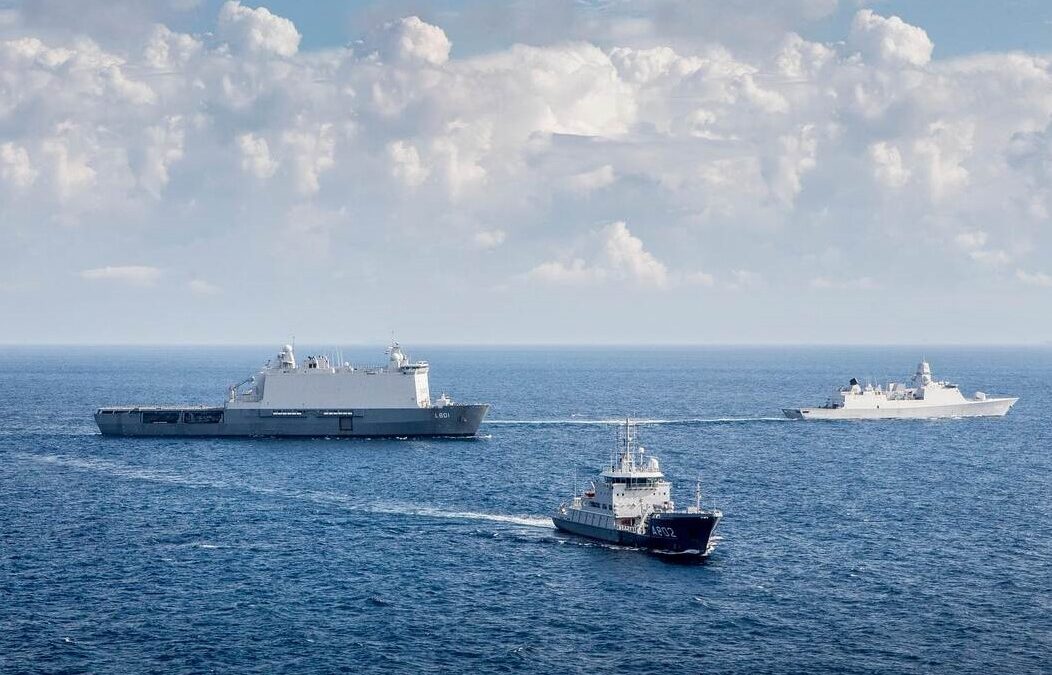 The current ten support vessels of the Royal Netherlands Navy are being replaced by eight new ones: four seagoing and four diving support vessels. They will be built at a Dutch shipyard and all will have climate neutral propulsion using dual-fuel systems that can run on methanol.

The current vessels perform various support tasks and will reach the end of their service lives in the coming years.
State Secretary of Defence, Christophe van der Maat, presented the plans for the new vessels to Dutch Parliament now that the research phase (the so-called B-phase) has been concluded.

The vessels will be equipped with dual-fuel systems that can use methanol. In principle, they will run on climate-neutral methanol, but if that is not available, they will use grey methanol or diesel. By building the vessels in the Netherlands, the development of climate-neutral technology will be given a major boost.

If green methanol is used in full, the eight new support vessels will emit 13 kilotonnes less CO2 per year than the current vessels. Plans to opt for emission-free propulsion were already revealed in 2020 and reaffirmed in the 2022 Defence Memorandum. With the climate-neutral propulsion, Defence wants to contribute to combating climate change.

The five seagoing vessels are:

The current five diving vessels act as platforms for divers. Among other things, for clearing explosives, port protection, maintenance and training. End of lifespan: 2026-2027.

By having the new vessels combine various functions, the navy can manage with eight new vessels instead of the current ten.

The four new seagoing vessels will largely be the same. However, there will be two sub-types, as certain components will differ. These include the working deck and specific sensors. The first type combines the tasks of the current torpedo work ship and the hydrographic vessels. The second combines the tasks of the support ship Pelikaan and the training ship. The four new diving support vessels will be completely the same.

The Dutch Ministry of Defence will have the support vessels designed and built by a yet to be selected Dutch shipyard. The intention is to buy all eight with one combined contract. Maintenance will also be included in the contract. This is done to reduce the maintenance tasks of the navy.

The aim is to take the new support vessels into service in the period 2026-2030. Some of the current seagoing support vessels will be replaced before the end of their service life. The Ministry of Defence has chosen to do this because it is more efficient to replace these similar vessels in one go.

Construction costs are estimated to be between 250 million and 1 billion euros. It is expected that the choice of who will build the ships will be made in 2024.

Picture: In the foreground the hydrographic survey vessel HNLMS Snellius, which is to be replaced.