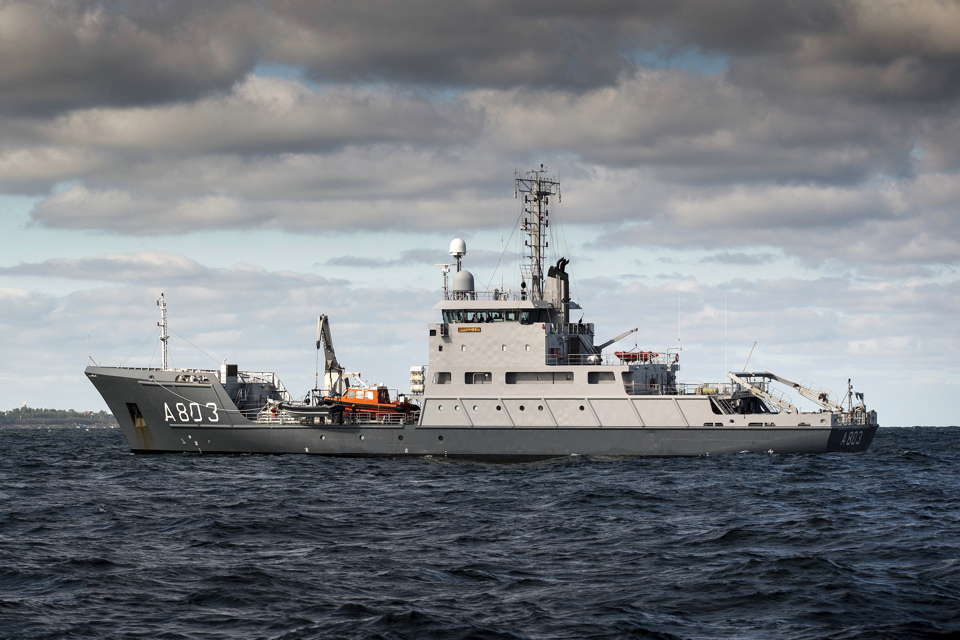 Within the Green Maritime Methanol project the Royal Netherlands Navy (RNLN) has extensively studied the use of green methanol as a ship fuel for its support vessels. According to the navy, it has the potential to be the future fuel of choice.

The 75 metres long and 13 metres wide hydrographic survey vessels of the RNLN are well suited for the application of methanol. An extensive study regarding hazardous areas and venting of methanol for safety purposes was executed during the project and resulted in the conclusion that methanol can be safely used aboard these vessels.

The existing diesel engines could be replaced by spark ignited Scandinaos engines with sufficient space for methanol bunkers below the waterline, which makes safety precautions easier to integrate. Currently, the biggest challenges for now are the availability of a larger power range of – both spark and compression ignited – methanol engines alongside the availability of green maritime methanol.

Another important issue that still deserves attention is the behaviour of methanol after venting to air, to ensure that vapours are safely managed within the maritime context.

The replacement of the support vessels is scheduled to commence as of 2023 and preparations are being made to implement methanol as a future fuel.

The methanol research is supported by “TKI Maritiem” and the Dutch Ministry of Economic Affairs and Climate Policy and runs until December 2020. MARIN is one of the Green Maritime Methanol partners.