500 containers to be removed from grounded container ship Ever Forward 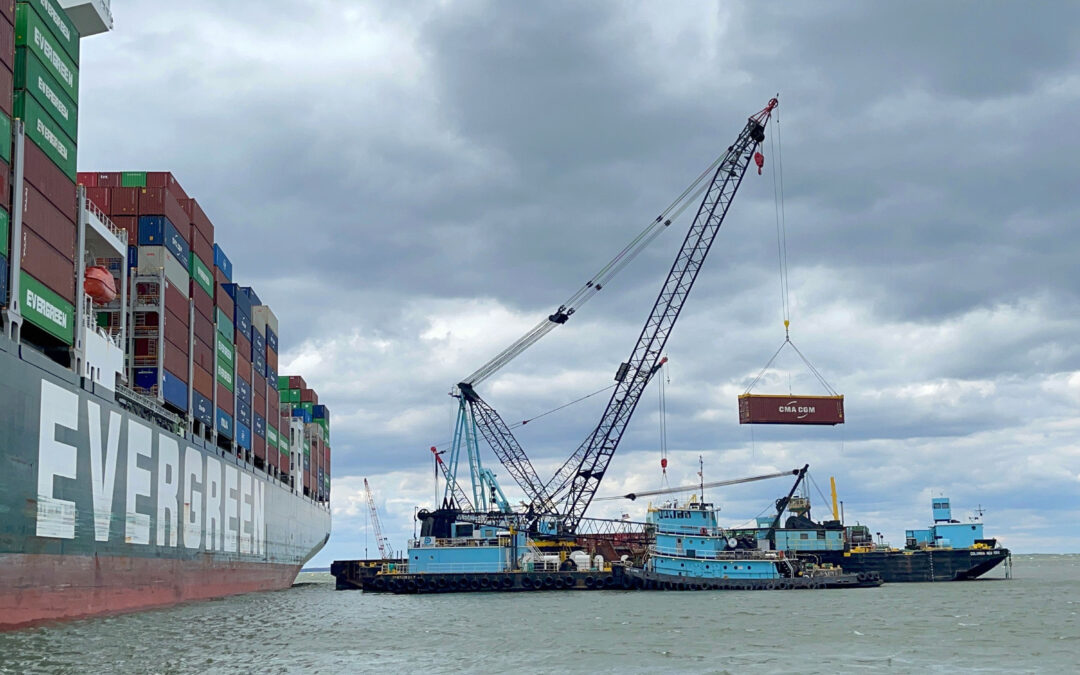 On Saturday, Donjon-Smit began removing containers for another Ever Forward refloat operation. The US Coast Guard says 500 containers are expected to be transferred before another refloat attempt of the 11,850 TEU container ship will take place.

The container ship has been grounded in Chesapeake Bay since 13 March. So far, two refloat attempts with first five and then seven tug boats pulling the vessel after a lot of dredging have failed. Initially another attempt would take place after yet more dredging, but this was cancelled as it was likely dredging alone would not be enough.

On Friday, 8 April, crane barges and equipment were set up after removal of containers began on Saturday. Removing the containers is expected to take about a week and only takes place during daylight hours. This could mean a new refloat attempt during the weekend, depending on weather conditions.

Also read: Next refloat Ever Forward only after crane barges have removed containers

A 500-yard safety zone around the ship in the Chesapeake Bay will continue for the duration of the operation and the adjacent shipping channel will remain unaffected. The zone has been established to provide for the safety of persons involved in the salvage operation as well as the integrity of the marine environment.

Ensuring the ship’s stability and monitoring for any signs of pollution continue to be top priorities for the Unified Command and responders. In addition to regular soundings of fuel and ballast tanks, a naval architect and salvage master are remotely monitoring a recently installed sensor system to constantly evaluate the ship’s stability and integrity and will continue to do so throughout the refloat operation. They will also continue to conduct regular visits to the ship.