Five tugs will try to refloat Ever Forward on 29 March 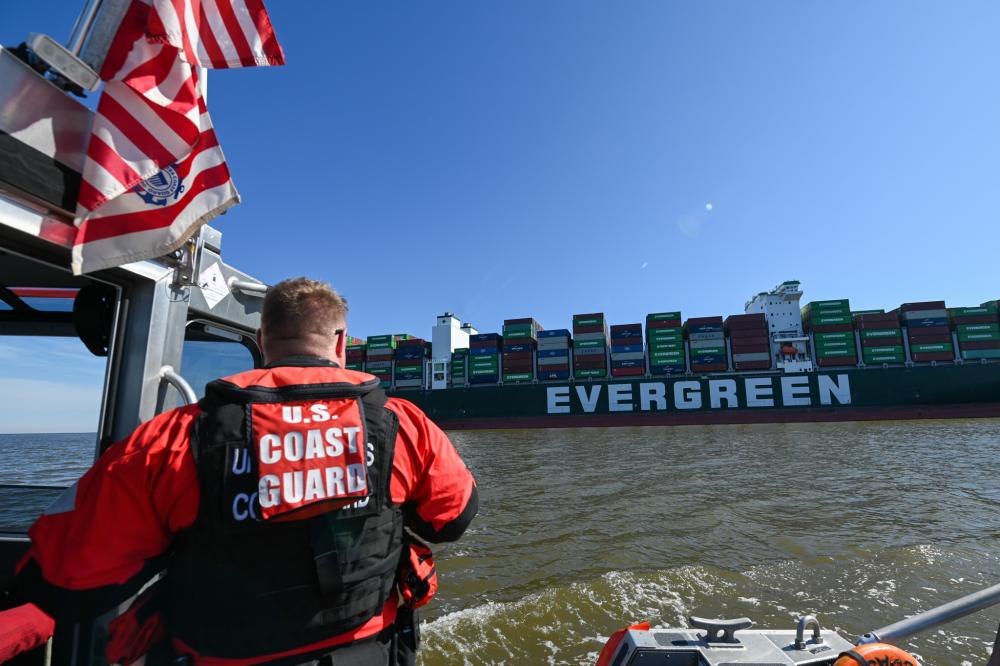 Executive Director of the Port of Baltimore William Doyle says a first refloating attempt of the grounded 11,850 TEU container ship Ever Forward will take place on Tuesday, 29 March. Five tugs will be deployed for this, with two pushing on starboard side, two pulling from port side and one long pull from the stern.

A week ago, the ship’s operator Evergreen Line presented the salvage plan after it had hired Smit-Donjon to refloat the grounded container ship. Donjon-Smit is a joint venture of Donjon Marine Co. and Smit Salvage. The latter (with parent company Boskalis) was also responsible for refloating the Ever Given, which ran aground in the Suez Canal in March 2021 and blocked the Canal for almost a week.

From Sunday, 20 March, dredgers were deployed to excavate around the stranded vessel to remove part of the mud, increase the buoyancy of the hull, and increase the space (clearance) between the propeller, rudder and the seabed to ensure the safety of the ship. Dredging has been going on continuously except for 26 March, when dredging was suspended for a day due to weather conditions.

After sufficient mud is excavated, the amount of ballast water on Ever Forward will be adjusted to reduce the ship’s weight to enable the refloating operation using both the tugboats and the power of the container ship’s main engine during high tide.

Naval architect on board to monitor stability

Ensuring the ship’s stability, and monitoring for potential pollution continue to be top priorities of the unified command and responders, says the US Coast Guard. In addition to regular soundings of fuel and ballast tanks, a naval architect is currently aboard Ever Forward constantly monitoring and evaluating the ship’s stability, and will continue to do so during the refloat operation.

During the refloat attempt, the US Coast Guard will expand the 500-yard safety zone around the ship to 1000 yards, closing the navigation channel to commercial traffic to provide for the safety of persons and the marine environment. The expanded temporary safety zone will be enforced from noon Tuesday (local time) through midnight on March 29.

Should the initial refloating attempt on Tuesday, 29 March be unsuccessful, a second has already been planned. Doyle says a second attempt may occur on April 3-4, using two anchored pulling barges from the stern and five tugs — additional tug on bow pulling aft. Additional dredging will also take place should the first refloat attempt fail.