Nautical Institute: ‘Confirm other vessel’s movements instead of making assumptions’ 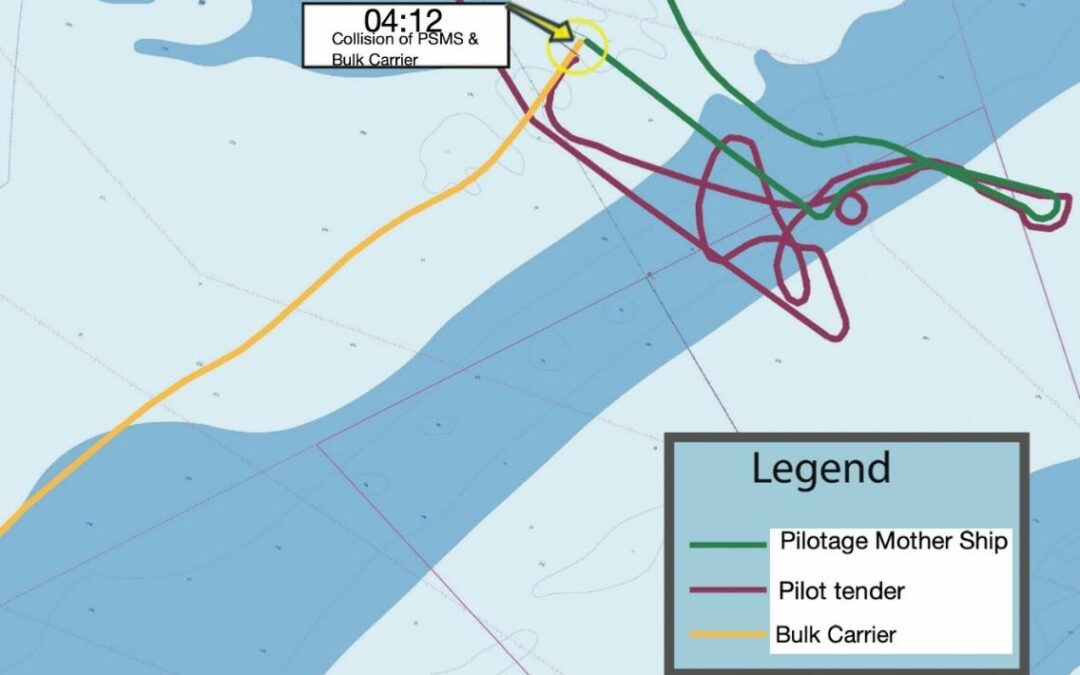 Assuming another vessel stays clear of yours is not best practice and can have serious consequences. The Nautical Institute describes such a situation in its latest Mars Report in which a bulk carrier collided with a pilot vessel.

In the meantime, the captain of the pilot station mother ship (PSMS), which serves as a home base for on-duty pilots and pilot tender crew, but does not deliver pilots to vessels, wanted to reposition the vessel. He visually spotted the outbound bulk carrier and plotted a course to cross its bow. At 04.00, the mother ship was on a course of 300° at a speed of 8 knots. It was showing pilot lights and therefore recognisable as a pilot vessel. The captain then focused his attention on some administrative tasks. At that point, the bulk carrier was sailing on a heading of 045°at a speed of 10 knots.

At 04.07, the pilot left the bridge of the bulk carrier and headed to the deck to disembark. The pilot disembarked on to the pilot tender at 04.11and the pilot tender disengaged from the larger vessel, which was now turning to port, coming to 350° as per pilot’s advice.

The official investigation mentioned that both the pilot and the crew of the bulk carrier assumed that the mother ship was involved in the pilotage operation. They therefore assumed, somewhat justifiably, that it would not hinder their movements.

This accident was covered in the Mars Reports, originally published as Mars 202129, that are part of Report Number 344. A selection of this Report will also be published in SWZ|Maritime’s July-August 2021 issue. The Nautical Institute compiles these reports to help prevent maritime accidents. That is why they are also published on SWZ|Maritime’s website.