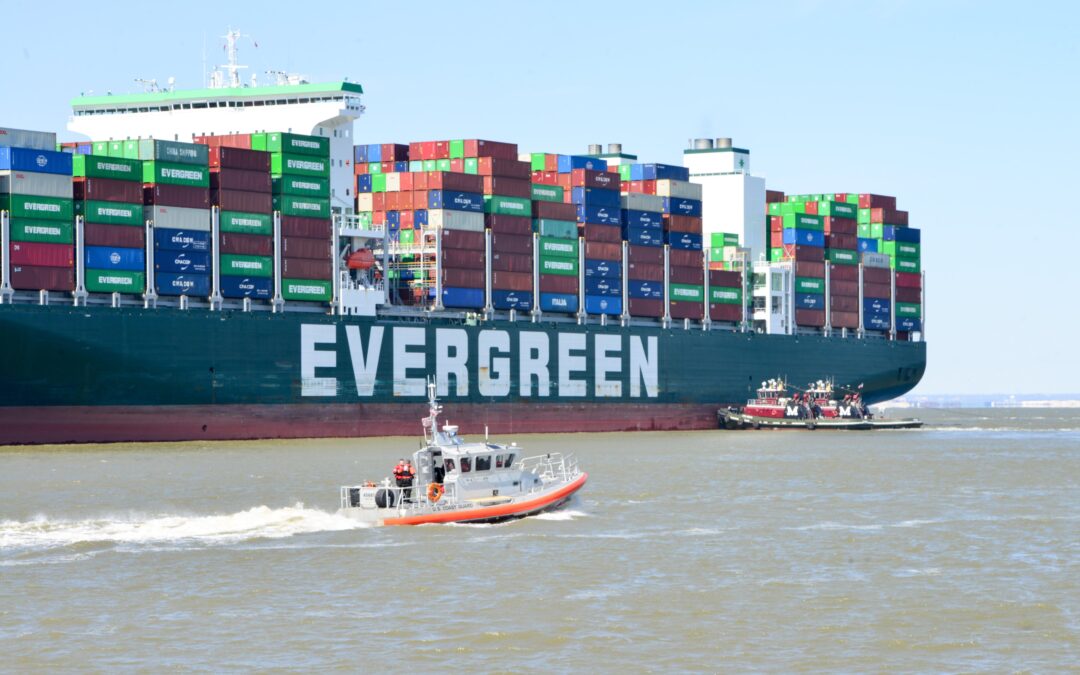 A third refloat attempt of the grounded 11,850 TEU container ship Ever Forward will take place as soon as more dredging has taken place. Initially, this was planned for 3 April, but this has been postponed to allow for further dredging around the vessel to a depth of 43 feet (over 13 metres).

The US Coast Guard has reported additional dredging is now taking place. A third attempt to refloat the vessel, will be undertaken once this has been completed. A 500-yard (about 450 metres) safety zone, around-the-clock monitoring for potential pollution and stability checks are on-going.

In the meantime, ship operator Evergreen Line has declared General Average on the container ship. The company did this now that it expects further rescue operations will involve more manpower, equipment and costs.

A first refloat attempt was undertaken on Tuesday, 29 March. Five tugs were deployed for this, with two pushing on starboard side, two pulling from port side and one long pull from the stern. However, weather conditions proved less suitable than expected, with wind pushing water out the of the area creating a lower tide, and the vessel didn’t budge.

A day later, conditions were better and two extra tugs were brought in, but to no avail. The US Coast Guard said the ship is practically buried in the bank, which makes the operation very difficult. A third attempt was initially planned for Sunday, 3 April, once again at high tide, but the decision has now been made to first undertake more dredging.