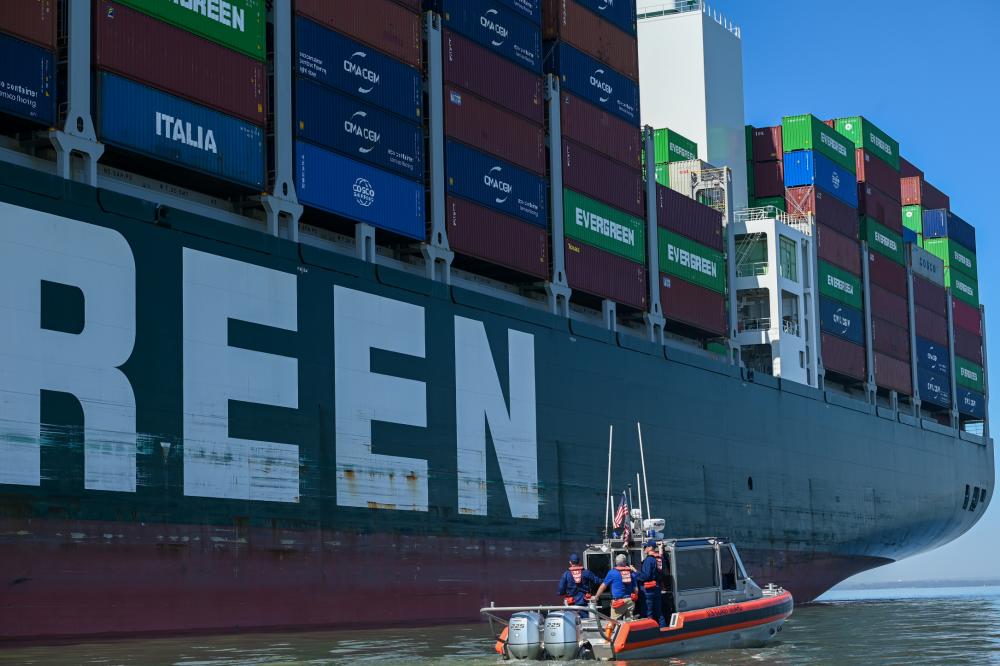 After two failed refloat attempts, the operator of the grounded 11,850 TEU container ship Ever Forward, Evergreen Line, has declared General Average. The company says it has done so for ‘cautionary purposes’ as the complexity of further rescue operations will involve more manpower, equipment and costs.

Two refloat attempts have been undertaken so far. One on Tuesday, 29 March with five tugs and a second one a day later, with seven tugs. However, so far, the ship doesn’t budge. A third one is scheduled for Sunday.

Evergreen Line now foresees that the refloat operation will be more complex, resulting in higher costs, prompting the company to declare General Average on the Ever Forward. The ship operator urges all cargo interests involved, and joint venture slot users to provide security bonds and necessary documents according to the adjusting rules that govern General Average in order to take delivery of cargo after the vessel is freed and arrives at its future ports of discharge.

The law of general average is a principle of maritime law whereby all stakeholders in a sea venture proportionately share any losses resulting from a voluntary sacrifice of part of the ship or cargo to save the whole in an emergency.