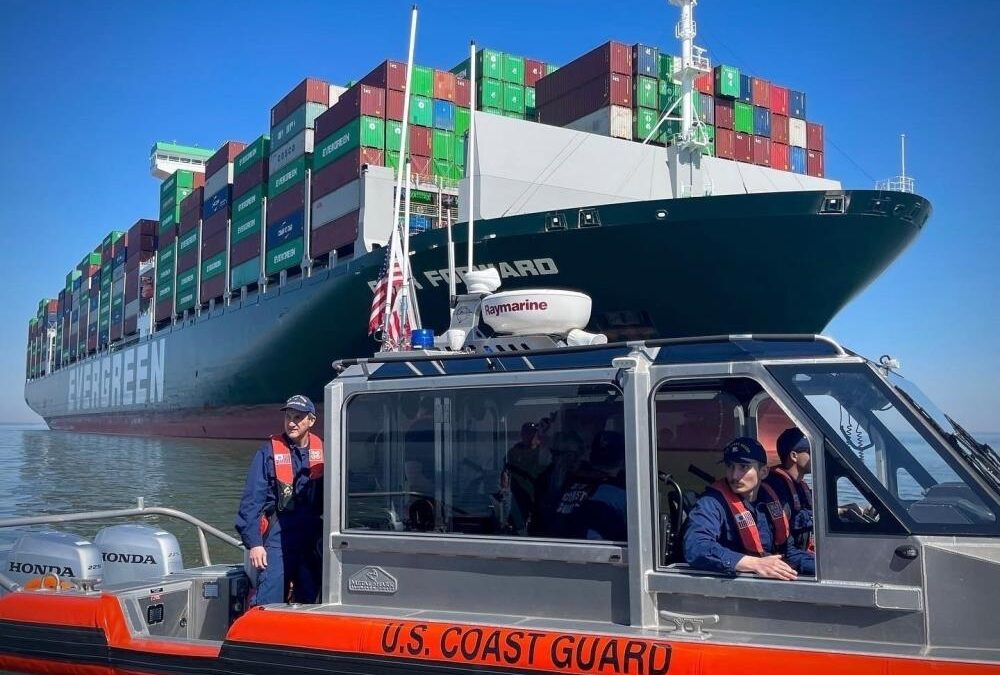 After bringing in an additional two tugs bringing the total to seven, a second attempt was made to refloat the 11,850 TEU container ship Ever Forward. Once again, the vessel didn’t budge and remained grounded in Chesapeake Bay. A third attempt is scheduled for Sunday.

‘It almost buried itself into the bank, so that’s why it’s not an easy operation,’ Cpt. David O’Connell from the US Coast Guard told American news channel CBS Baltimore.

During the first refloat attempt wind had been pushing water out of the area creating a lower tide. On Wednesday (30 March), conditions were expected to be better, but in the end it made no difference.

The ship’s operator, Evergreen Line, had already announced dredging around the vessel would continue should the refloat attempts fail. So far, 64,000 cubic metres of mud have already been removed.

Both the US Coast Guard and Port of Baltimore director William Doyle have said a new refloat attempt would take place on Sunday, 3 April. Should this attempt fail as well, the US Coast Guard says it might move to unloading containers to lighten the vessel.