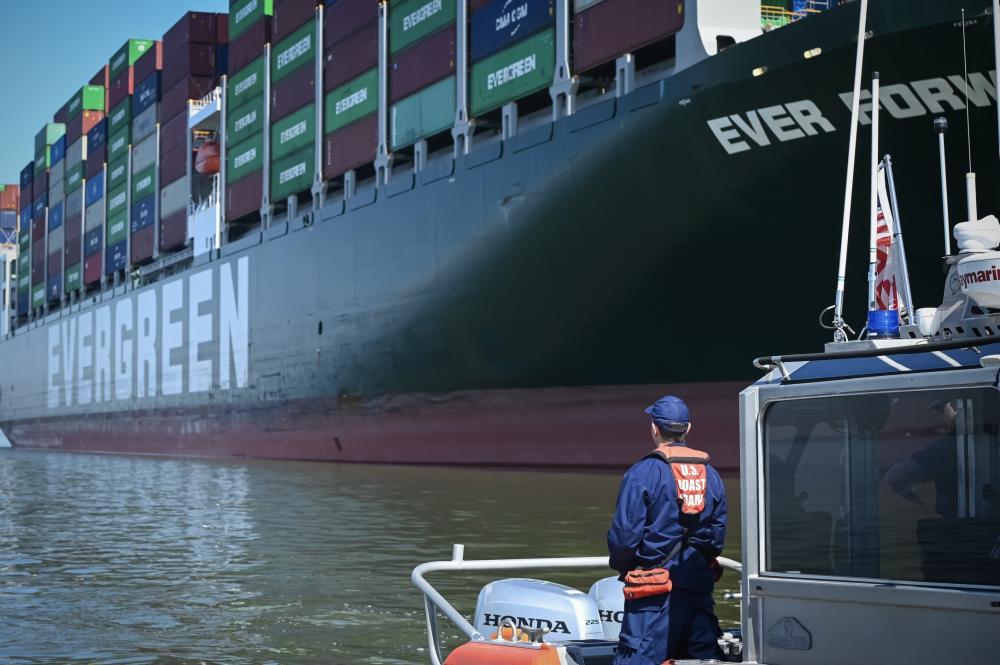 A refloating attempt of the grounded container ship Ever Forward in Chesapeake Bay failed yesterday. After dredging around the vessel for about a week and a half, five tugs tried to pull the vessel free during high tide, but the vessel didn’t budge.

CBS Baltimore reports wind had been pushing water out of the area creating a lower tide. So far, about 64,000 cubic metres of mud have been removed from around the vessel, reports the American news channel.

In the meantime, Evergreen Line already announced dredging would continue should the refoating attempt be unsuccessful. If dredging, ballasting and the tugs prove to be insufficient to free the vessel, the US Coast Guard says it might move to unloading containers to lighten the vessel.

Picture (top) by US Coast Guard.