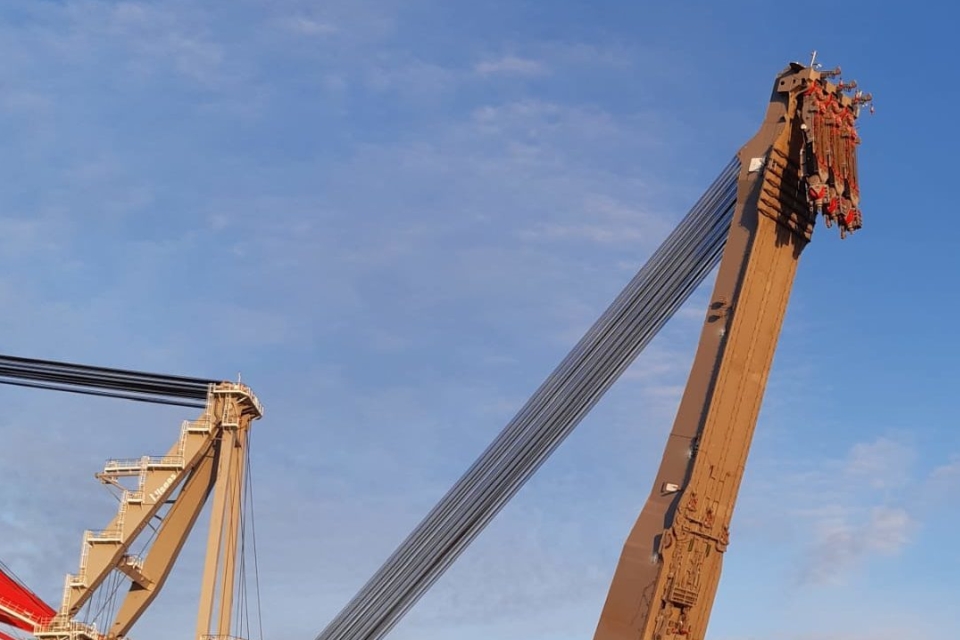 The new jacket lift system of Allseas’ Pioneering Spirit, capable of lifting and transporting the largest supporting structures, has entered the testing and commissioning phase. In-harbour trials include raising and lowering the 170-metre lifting beams individually and, when connected, simultaneously.

The trials are to enable Allseas’ engineers to calibrate load measurements and verify the control modes and safety systems.

Current tests focus on the starboard beam, increasing the upend angle in phases to 110 degrees, the angle the beams reach during commercial jacket lifts. Up to 60 degrees, the upend system does most of the work. From 60 degrees, the centre of gravity moves outside the vessel, and the derrick wires control the tilting.

The jacket lift system is being built to install and remove entire jackets up to 20,000 tonnes in a single lift. It can operate in hostile weather conditions. This innovative technology enables direct transfer of structures to and from the quayside and eliminates the need for support barges. Significantly shorter operating times also translate to emissions savings.

Allseas has published a mini-documentary on the Pioneering Spirit’s jacket lift system. It consists of two episodes and can also be viewed on the SWZ|Maritime website.