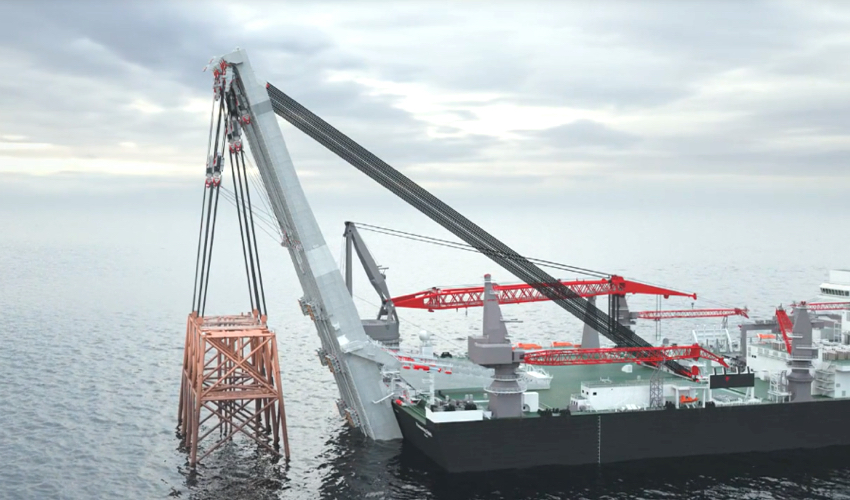 Allseas’ record-breaking construction vessel Pioneering Spirit will soon be able to remove and install jackets weighing up to 20,000 tonnes in a single lift. Systems and parts of the new Jacket Lift System are taking form at fabrication sites around the world.

In Italy, construction of the two 170-metre lift beams has reached the halfway point, and in China, the upend system is close to completion. Various parts of the system are currently being installed on Pioneering Spirit, as well as during the rest of this year. The jacket lift system will be operational in the first half of 2021.

Conventionally, when removing large jackets offshore, the structures need to be cut into small sections suitable for crane lifts, which requires lengthy and complex cutting operations. Pioneering Spirit will minimise this offshore work by removing the jacket in one piece in a single lift. This generates large cost savings and drastically reduces safety and environmental risks. A win-win for platform operators looking to decommission offshore infrastructure.

So how does the system work? Once positioned near the jacket, the Jacket Lift System (JLS) beams are raised by the upend system and ballast water. The main hoist blocks are subsequently lowered followed by the sling handling wire for grommet connection. The grommets are then lifted and secured on main hoist trunnion hooks. The jacket is then lifted by the main hoist system. Next, the jacket is aligned with the JLS beams. Finally the jacket is tilted inboard and secured on deck. Allseas’ in-house animators have also explained the system in a video. Watch it below.