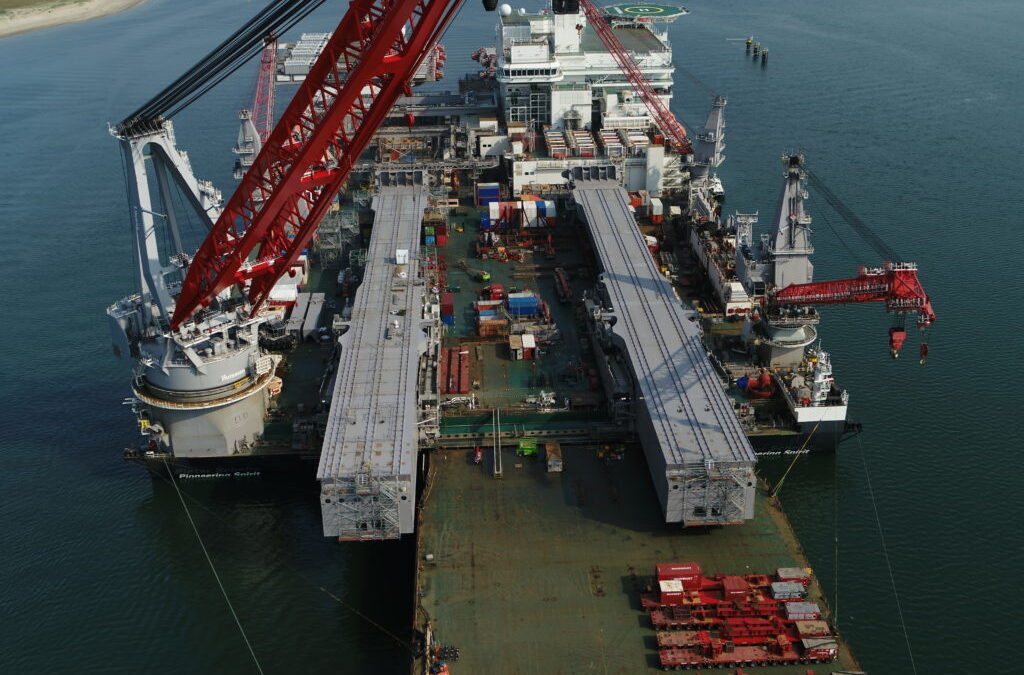 The Pioneering Spirit was already a unique feat in offshore technology. Now it is being enhanced with a second revolutionary lift system, capable of lifting and transporting jackets up to 20,000 tonnes. In a documentary, Allseas engineers explain more about this jacket lift system and installing it on board.

Allseas felt such a special project deserved extra attention and is now releasing the first episode of a mini documentary on the jacket lift system. In it, engineers that developed the system and that are at the forefront of bringing it to life will explain more about the project. Watch the first episode below.

Picture: The jacket lift system beams being installed on board the Pioneerin Spirit (by Allseas).