The Polar Code – From paper to practice 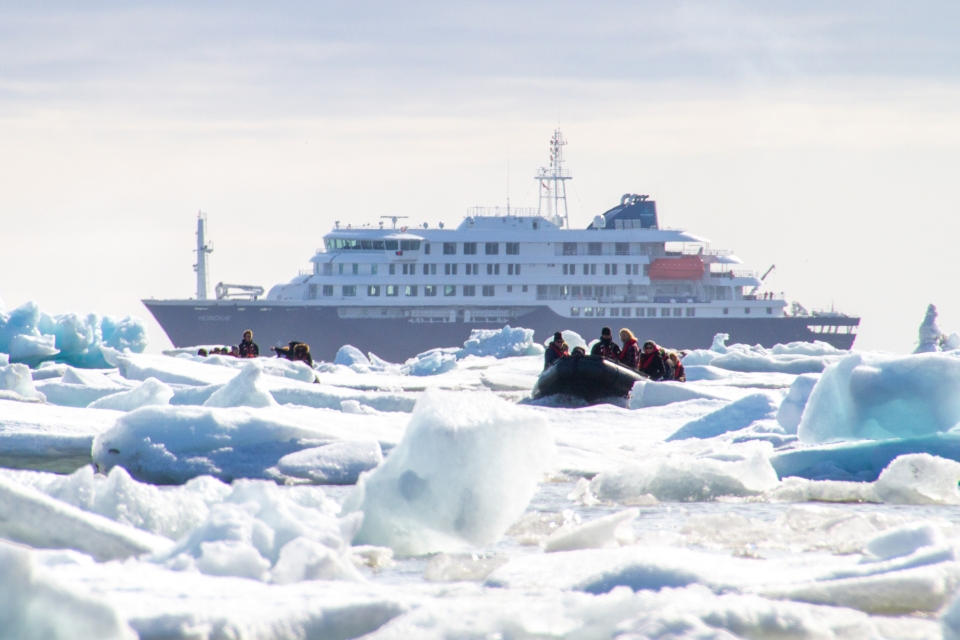 For many years, vessels have been operating in the areas of Antarctica and the high Arctic. These were operating under the same set of international rules that applied to vessels around the world, and did not recognise the specifics of those areas, such as weather conditions, communication availability and of course temperature differences. This changed with the Polar Code.

This article is part of SWZ|Maritime’s January special on arctic shipping, which came out last week. It was written by Mark van der Hulst (pictured), COO of Oceanwide Expeditions, mark@oceanwide-expeditions.com. Our digital archive is once again available to subscribers and they can read the digitial version of our January issue there. Subscribers can register here to gain access. Not yet a subscriber? Please visit our subscription page.

Early this century, the International Maritime Organization (IMO) and some of its member states saw that shipping within the polar areas was likely to increase over the years to come. Also, there had been some accidents that raised concerns. Although there were various requirements, provisions and recommendations, there wasn’t a full set of dedicated requirements for operations in both these areas. Initially, these only looked at the operations in the Arctic; as early as 2002 a “Guideline for ships operating in Arctic ice covered waters” was released.

Perhaps this initial focus on Arctic operations can be explained by the geo-political difference between the Arctic and the Antarctic. Within the boundaries of what we now call the polar waters in the northern hemisphere, there are various countries with their own national boundaries and territory and therefore different interests.

This is not the case down south. Antarctica is bound by the Antarctic Treaty. This was initially signed by twelve countries on 1 December 1959, but has grown to 54 signatories in 2019. The decision making process about Antarctica is special. More can be found on the website www.ats.aq. It was the ATCM (Antarctic Treaty Consultative Meeting) that asked the IMO in 2004 to apply the Arctic guidelines to the Antarctic areas as well.

This led to the first specific guideline; Resolution A.1024(26), the “Guidelines for ships operating in polar waters”. It took until 2009 for these guidelines to be released and adopted. The sinking of the vessel Explorer on 23 November 2007 perhaps was the final trigger that initiated the wish for an independent instrument as a follow up to these guidelines.

In the following years, the Polar Code was high on the agenda. Time and resources were allocated by the IMO to move it forward. The IMO consists of an Assembly, a Council and five main Committees: the Maritime Safety Committee; the Marine Environment Protection Committee; the Legal Committee; the Technical Cooperation Committee and the Facilitation Committee. There are also a number of Sub-Committees that look at parts of the main technical Committees. During a normal year, there are various of these (Sub-)Committee meetings. They all look at their specific area of expertise and are tasked to give their perspective towards polar water operations.

The first guideline, as adopted in 2009, was a good basis, but there were still issues with implementation. As an example, in the document, the term “temperature” was used widely, but there was no clear definition of what was meant with “low temperatures”. This left room for interpretation. So, a clear list of accepted definitions that could be used as trigger in various conditions was needed.

As an operator of vessels that spent their biggest part of the year inside the polar areas and having done so for more than 25 years, we at Oceanwide Expeditions of course had a huge interest in this development. The expedition cruise industry was looking closely to the developments of the Polar Code. It was expected that this new Polar Code would have specific constructional requirements. Many operators had plans to introduce new tonnage into their fleet, but halted their contractual agreements until the full scope of the Polar Code would be known.

As member of the International Association of Antarctic Tour Operators (www.iaato.org) and as a founding member of the Arctic Expedition Cruise Organization (www.aeco.no), we were able to participate in the development of the Polar Code, based on our polar experience. We had a close cooperation with the Cruise Lines International Association – CLIA (www.cruising.org). CLIA represents its members and has an NGO seat at IMO.

While defining clear definitions during the development of the Code, we quickly learnt there was an issue with the available datasets. If you want to define a temperature boundary, you need to base that on something. The available data varied hugely from the Arctic and the Antarctic. So research had to be done on what would be acceptable information to base decisions on.

Within the Arctic boundaries, much data was available; such as temperatures or historic ice-charts, but for the Antarctic, this proved to be more difficult. As an example: within the Polar Code, the term “mean daily low temperature” (MDLT) is being used, which is defined as the mean value of the daily low temperature for each day of the year over a minimum ten-year period. A dataset acceptable to the Administration may be used if ten years of data is not available. That last sentence came in as we as operators could prove that in some operational areas, these data were not available. However, we had been operating in those areas for twenty years, so we knew what the expected conditions would be based on historical operations.

Conditions in the polar waters can go to extremes, based on the time of year you operate. There was a need for an approach that recognised those differences. Where some aspects in the areas would apply at all times, such as lack of communication infrastructure, other differences were of a much more seasonal or time dependent aspect. Obviously, operations are different if you operate in a 24/7 darkness when temperatures are much lower than when you are operating in the same area when there is daylight around the clock.

To recognise those differences, the Code followed a much different approach than many other IMO instruments. The Code comes with a requirement to first define the area, the time of operations and the expected conditions. Based on that, an operational assessment needs to be done, which looks into the various chapters of the Code.

As there were various parties with great interest in the development of the Code, it was the same group of people that participated on the Committee meetings or Sub-Committee meetings; often under the leadership of Ms. Turid Stemre from the Norwegian delegation. It helped to have the same group because the Polar Code was different and new in its approach.

Everyone knew in which context certain questions or tasks were being asked, or given to other Sub-Committees. NCSR, the Navigation, Communication and Search and Rescue Sub-Committee was for example asked to provide input on matters related to search and rescue, but also to recognise that there were needs for accepting other means of communication inside the polar areas. Systems outside the GMDSS standard were being defined as acceptable means of communication. The requirement to communicate was defined, not which equipment or standard should be used for this. It would be up to the operator to address this and define this in a new document forming part of the operations; the Polar Water Operations Manual (PWOM).

Taking such a new approach could lead to endless discussions because there wasn’t agreement over a certain aspect. There have been sessions in the workgroup that started early in the morning and went way into the next day. There was a high pressure to come to a final acceptable result. Sometimes there was a proposal which, after looking at its further implications, would mean stopping operations for those that had done so for years and years. It would even stop semi-governmental vessels specifically built for purpose.

Other parts entered the draft and were taken out again. For example, initially there was a large part on the human aspect in polar waters included. However, the Maritime Labour Convention had just come into force, which looked at the whole human aspect, not specific to the polar areas. It was considered to be a duplication and it was decided that what was already covered elsewhere, should be taken out of the Code. The Polar Code specifically mentions that in its goal: ‘The goal of this Code is to provide for safe ship operation and the protection of the polar environment by addressing risks present in polar waters and not adequately mitigated by other instruments of the Organization.’

Workable regulation, but room for improvement

Has the code succeeded in its goal? Is it ready and what follows next? These questions will have different answers for different persons. I will answer them from a personal and operator’s perspective. Many of the aspects of the Polar Code were already a standard for our operations and were defined in our Safety Management System.

As an industry, we were happy with the Code, because it created a sort of barrier or entry limit for those not familiar with the areas and it forms a basis and guidance for operations and protecting the areas.

Is it finished, does it go far enough? I found it very interesting to be part of the development of the Polar Code, and while it’s not always 100 per cent what you want, the Polar Code is a very workable piece of regulation. There is room for improvement. In my opinion, there are still items in the Code that would apply everywhere, so these should be taken out. The Code should not be used as an instrument to “repair” matters that need to be fixed elsewhere; there are requirements now that in my opinion should be addressed at the higher level, such as lifesaving appliances or training standards.

The Code does not recognise the seasonal aspect enough. It talks about remote areas, but the expedition cruise industry might operate in a way that makes the area not “remote”, because of the seasonal aspect; an Atlantic crossing puts the vessel in a much more remote environment than when similar sized vessels are all around undertaking the same sorts of operations.

Also read: What the Damen-built icebreaker Nuyina is up to in Antarctica