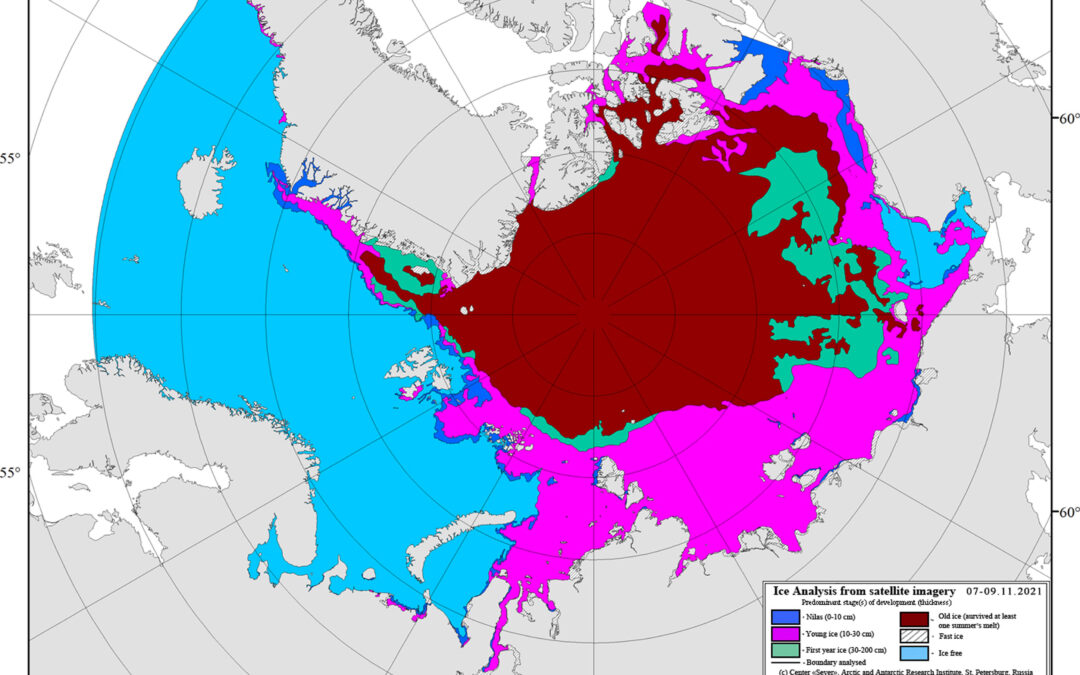 Over twenty vessels have reportedly been struggling to get through the Northern Sea Route with sea ice increasing in the area. Among the ships impacted are Spliethoff’s heavy lift vessel Poolgracht and United Heavy Lift’s UHL Flash, UHL Faith and UHL Fusion.

This was reported by The Barents Observer. According to the online newspaper, the sea ice was quickly getting thicker and harder to navigate, whereas normally, the route is fairly accessible around this time. Cause of the sudden freeze were storms in the area. In addition to the heavy lift vessels, several tankers and bulk carriers experienced the same troubles with some needing icebreaker assistance.

The Barentsz Observer states an icebreaker was also called in to escort the Poolgracht along with the UHL Flash and UHL Faith. On 8 November, they reached the Kara Sea. The Poolgracht was headed for Gydan and is now anchored in Sabetta according to Marine Traffic.

The UHL Flash was to arrive in Rotterdam on 1 November, but is currently still listed as “out of range” according to Marine Traffic. However, this vessel is no longer listed on the Northern Sea Route Administration (NSRA) website as being ‘nearby the water area and in the water area of the Northern sea route’.

The other two are still on this list. The UHL Faith was to arrive in Hamburg on 5 November, but was apporaching the Kara Strait yesterday according to the NSRA. The UHL Fusion is expected to reach the Eastern Border on 14 November to travel on to Vladivostok.

The Northern Sea Route is a shipping route officially defined by Russian legislation as lying east of Novaya Zemlya and specifically running along the Russian Arctic coast from the Kara Sea, along Siberia, to the Bering Strait. The entire route lies in Arctic waters and within Russia’s exclusive economic zone (EEZ). Parts are free of ice for only two months per year. The overall route on Russia’s side of the Arctic between North Cape and the Bering Strait has been called the Northeast Passage, analogous to the Northwest Passage on the Canada side.

Picture: Sea ice map by the NSRA for 7-9 November.

Also read: How to get to standard crew competences for arctic operations