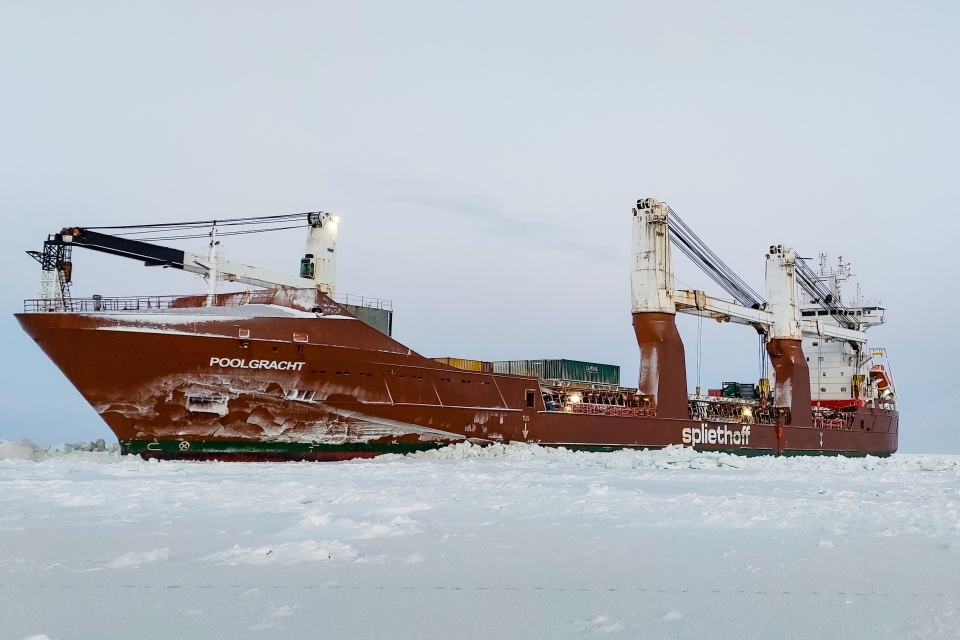 This January edition is another fine example of the knowledge the editorial staff of SWZ|Maritime can collect and the network our colleagues represent. Thanks to these qualities, Björn von Ubisch collected a mass of knowledge about all the relevant developments in shipping in the Arctic zone. Developments that arise from economic projects that have been made possible due to the retreating polar ice cap.

If one likes it or not, the Arctic zone has proven to be rich in fossil energy and valuable minerals. This economic wealth makes it ever more strategically important. Especially the US, Norway, Denmark and Canada have become aware they need to protect their territorial waters, economic zone and claim on the North Pole against an ever more politically and militarily aggressive Russia that claims almost the whole North Pole for itself.

But with the economic developments, Russia also offers chances for especially the shipping industry in Europe and Asia. Royal Wagenborg and Spliethoff Group have already gained a lot of experience with the Northern Sea Route, particularly the Northeast Passage, a shipping lane officially defined by Russian legislation between the Atlantic Ocean and the Pacific Ocean, running along the Russian Arctic coast from Murmansk on the Barents Sea, along Siberia, to the Bering Strait and Far East.

From his network, my colleague Ed Verbeek has collected some highly relevant articles about sailing in arctic waters under the recently implemented Polar Code. Verbeek is a master mariner who made his career sailing with Dutch companies like Van Ommeren, Vinke, Spliethoff, Jaczon, Primlaks and O.M. Ships. The latter is the Christian missionary organisation that runs the Logos Hope on which Verbeek serves as master when sailing is not prohibited due to Covid-19.

Experience in sailing in arctic waters

Verbeek was also a pilot, teacher, advisor and is still a consultant on nautical affairs and has been an SWZ editor since autumn 2020. Although he has never been active in arctic waters, he had Mark van der Hulst, COO of Oceanwide Expeditions, the Dutch cruise company specialised in arctic voyages, write an article about his experiences with the Polar Code.

And he arranged for an article by captain David (Duke) Snider, CEO and principal consultant at Martech Polar Consulting, which advises on how to prepare and equip ships and crews for sailing through arctic waters.

In short and without exaggeration, this January edition is an issue to read thoroughly and keep and/or pass on to those who may be interested.

This is editor-in-chief Antoon Oosting’s editorial accompanying the January 2022 issue. Our digital archive is once again available to subscribers and they can read the digitial version of our January issue there. Subscribers can register here to gain access. Not yet a subscriber? Visit our subscription page.

The articles in SWZ|Maritime’s January issue

In addition to the regular sections such as Dutch news, Markets, Maritime monthly, Global news, Book reviews, Mars Report and news from the KNVTS, the articles (some in Dutch) in the January issue are:

Picture: The Poolgracht sailed the Northern Sea Route late in the year, where it got stuck for a week after ice rapidly increased (also see the Dutch article on page 36 of the January issue, photo Spliethoff).