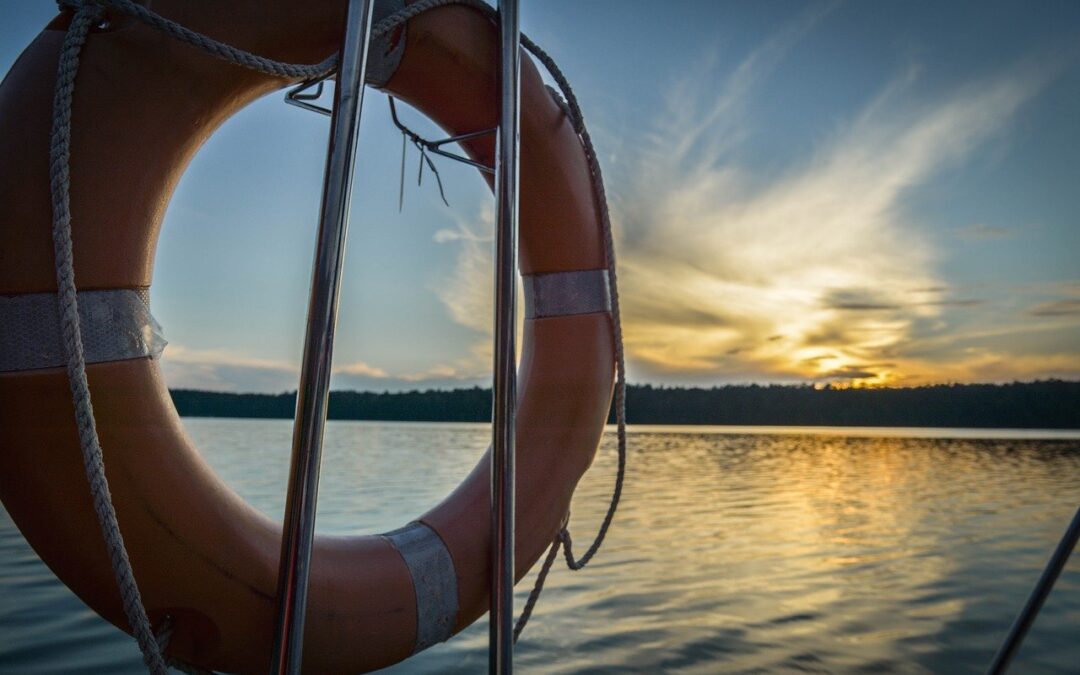 A seaman went down an accommodation ladder without putting his lifejacket and safety harness on, without unlookers speaking up about this unsafe act. He lost his balance and fell overboard. Reason for The Nautical Institute to call on seafarers to look after themselves as well as their mates.

In the early morning hours, a loaded tanker with seven metres of freeboard was approaching port at about 6.5 knots. There was a light wind and seas of approximately 1 metre. Visibility was good, but it was still dark; sunrise was in about one hour and 45 minutes. The air temperature was 15°C and the sea water temperature was 16°C.

While performing this balancing act, the seaman lost his balance and fell overboard. The bosun immediately reported an MOB on the port side to the bridge with his handheld VHF radio and then ran aft to throw a life buoy. He lost sight of the victim when he was about 100 metres astern of the vessel. Meanwhile, the master ordered the rudder hard to starboard. In the flurry of events, the lighted MOB (man overboard) buoy mounted on the bridge wing was not released.

Within twelve minutes the vessel had completed a single turn manoeuvre and reached the position where the victim had fallen overboard. The rescue boat was ready to be launched, but was not used, since local search and rescue (SAR) units and the outbound pilot boat were already tasked to search for the victim. The pilot assigned to the vessel embarked to assist the master and coordinate with local authorities. When the victim could not be found after three hours searching, the SAR mission was suspended.

Also read: Know what to do when a someone falls overboard