‘On safe ships run by quality companies, persons washed overboard should be zero’ 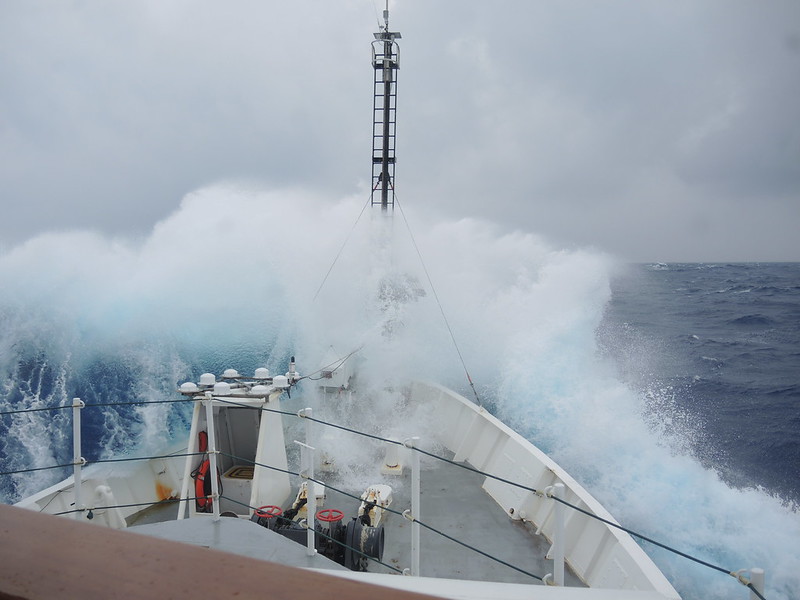 Accessing a ship’s deck in heavy weather is always a risk. In its latest Mars Report, The Nautical Institute describes how a bosun was washed overboard by a large wave and subsequently never found. A preventable accident, according to the Mars editor, if the right safeguards had been implemented.

A loaded bulk carrier was under way at sea. A leak had been discovered in the main fire line on the main deck near hold five, and the bosun and an officer were tasked to fix it. The fire pump was stopped and the two men started working on replacing the flange gasket in the line. About an hour later, the officer of the watch (OOW) observed the wind speed and the height of waves increasing. The master was informed of the deteriorating weather conditions, and contacted the chief officer and asked him to stop work on deck and secure the loose equipment.

By the time the chief officer told the men to stop work on the fire line, the job was already completed. It only remained to collect the tools, which they proceeded to do after a rest break for coffee. As the men collected the tools, a heavy wave swept the deck from the starboard side. Both men were caught by the wave; the OOW held on to the railing, but the bosun was swept overboard by the force of the water. The alarm was raised and the crew began search sweeps of the area. Several hours later, with weather deteriorating further and darkness, the search was called off. The bosun was never found.

Mars editor’s note: ‘Unfortunately, there are many reports of persons overboard in the Mars archive. Reports 202139, 202069, 202039, 201970, 201933 to cite a few, in just the last two years. It is this editor’s opinion that on safe ships run by quality companies, accidents involving persons washed overboard should be zero.’

This accident was covered in the Mars Reports, originally published as Mars 202156, that are part of Report Number 350. A selection of this Report will also be published in SWZ|Maritime’s January 2022 issue. The Nautical Institute compiles these reports to help prevent maritime accidents. That is why they are also published on SWZ|Maritime’s website.

Also read: Know what to do when someone falls overboard