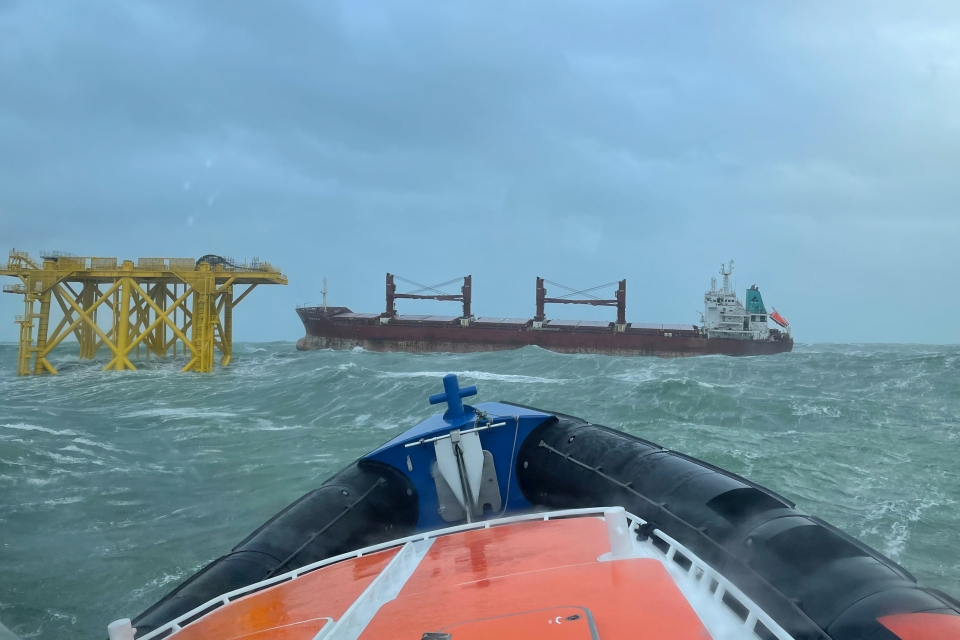 The Royal Netherlands Sea Rescue Institution (KNRM) is looking back on a busy and intense year. In 2022, the KNRM fleet sailed out 2524 times for requests for help. That was ten per cent more than the previous year, but twenty per cent less than in 2020, the busiest rescue year ever.

The KNRM says it was also an impressive year due to a number of rescues with fatalities and a lot of impact on all involved. In 2022, over 1400 volunteers were on standby 24 hours a day, seven days a week, under all circumstances to help people and animals in distress on the water. They brought more than 4000 people and 155 animals safely to shore in 2022.

The KNRM Lifeguards on the four Frisian Wadden Islands also had a busy summer with 843 rescues. The summer months saw ideal beach weather, but strong surf and currents caused many swimmers to run into difficulties. Besides providing first aid, lifeguards rescued 49 people during 31 actions.

Every year there are actions that make an extra impression or are just that little bit different. Last year, there were a number of fatal and high-impact rescues; a canoeing accident on the Veluwemeer, two plane crashes at Hoek van Holland and on the Zwarte Meer, two accidents on charter ships on the Wadden Sea and the collision between a speedboat and water taxi in which four people died.

Opposite such impactful rescues, there were also many rescues that fortunately ended relatively well and where KNRM staff made the difference in preventing more serious accidents. For example, they rescued four sailors from the North Sea after their yacht capsized, swimmers were rescued from currents and KNRM helped with the intensive rescue operation of the drifting cargo ship Julietta D. Another special action was the stranding of an orca near Cadzand.

The KNRM Help Assistance Centre (KAC) saw the number of calls from water sports enthusiasts with non-emergency assistance questions increase to more than 1000 in 2022. KNRM’s volunteer operators again managed to handle more questions remotely by phone. As a result, the lifeboats had to go out less often for non-urgent assistance. With a special water sports campaign, KNRM informed water sporters what to do in case of breakdown or emergency situations on the water and especially how to prevent them.

The doctors of the KNRM Radio Medical Service (RMD), who are available day and night for medical questions, gave advice 936 times to seafarers around the world in 2022. These advisories involve treating sick crew members and are sometimes life-saving. As every year, 95 per cent of the requests for advice come from commercial shipping.

In 2022, KNRM took important steps towards its fleet renewal. The first lifeboat of the 11-metre Van Wijk class, the Riet en Jan van Wijk, came into service. Construction of the next seven lifeboats of this class will start this year.