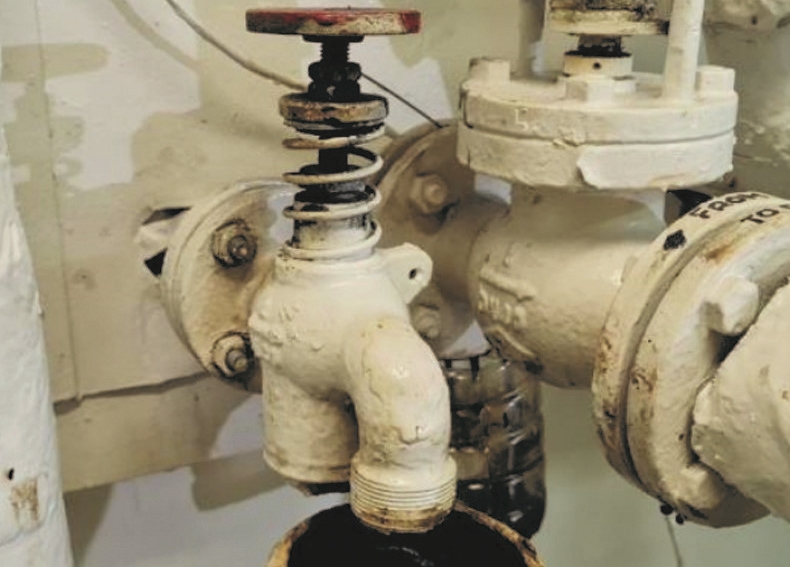 Always try to be aware of confirmation bias in your daily work and life, says The Nautical Institute in its latest Mars Report. In this report, crew assumed a tank was empty of hot fuel oil, and got burned when their assumptions turned out to be false.

Crew on a bulk carrier in port were planning a transfer of heavy fuel oil from a storage tank to fuel oil settling tank no.1 (FOST-1). The fourth engineer and an oiler were tasked with this job.

For the last six months, the crew had been using fuel oil from fuel oil settling tank (FOST) no. 2 and service tank no. 2. while FOST-1 and its corresponding service tank were kept empty. FOST-1 was therefore deemed to be empty by engine crew.

The fourth engineer was directed to open the lower manhole of FOST-1 before starting the transfer, to verify that there was no sludge that could contaminate the bunkers. Before doing this, he checked the fuel oil gauge, and opened the FOST-1 drain valve. Both actions indicated that FOST-1 was empty, much as he and other engine crew had previously assumed. He noticed that the temperature in FOST-1 was elevated (about 78°C), which was unusual for an empty tank, but assumed that heat conducted from adjacent tanks accounted for this.

Without incident, leaving four bolts opposite each other still tightened, as shown in the diagram below, the engineer proceeded to loosen these last ones, starting from the bottom nuts. At this stage, he noticed a small amount of fuel oil seeping out of the manhole. Assuming that this was the expected seepage of fuel oil, which normally remains stuck to the tank sides, he continued undoing the nuts.

As he loosened the last two bolts, fuel oil started to seep out in larger quantities. Now concerned about the increasing seepage, he attempted to reinstall and retighten the nuts. However, the flow and high temperature of the fuel oil spilling on his hands and torso were too much for him, and he had to abandon the area, as did the oiler helping him.

Two other engine crew, both in the vicinity, were alerted to the situation and raised the alarm. Both the fourth engineer and the oiler had skin burns over the lower chest and abdomen. The victims were immediately transferred to the vessel’s hospital for first aid and an ambulance was arranged to evacuate them to a local hospital. One victim was discharged from hospital after two months of treatment, the other only after three months of treatment.

Mars editor’s note: Confirmation bias is a condition whereby a person gives more weight to facts and indications that confirm their assumptions while assuming counter indications are unimportant. In this case, the elevated temperature in a supposedly empty tank was discounted, as was the first small seepage when loosening the last bolts. The crew were ‘sure’ the tank was empty so they minimised signs that indicated otherwise. Yet, it contained about 17 cubic metres of fuel oil before the manhole was opened.