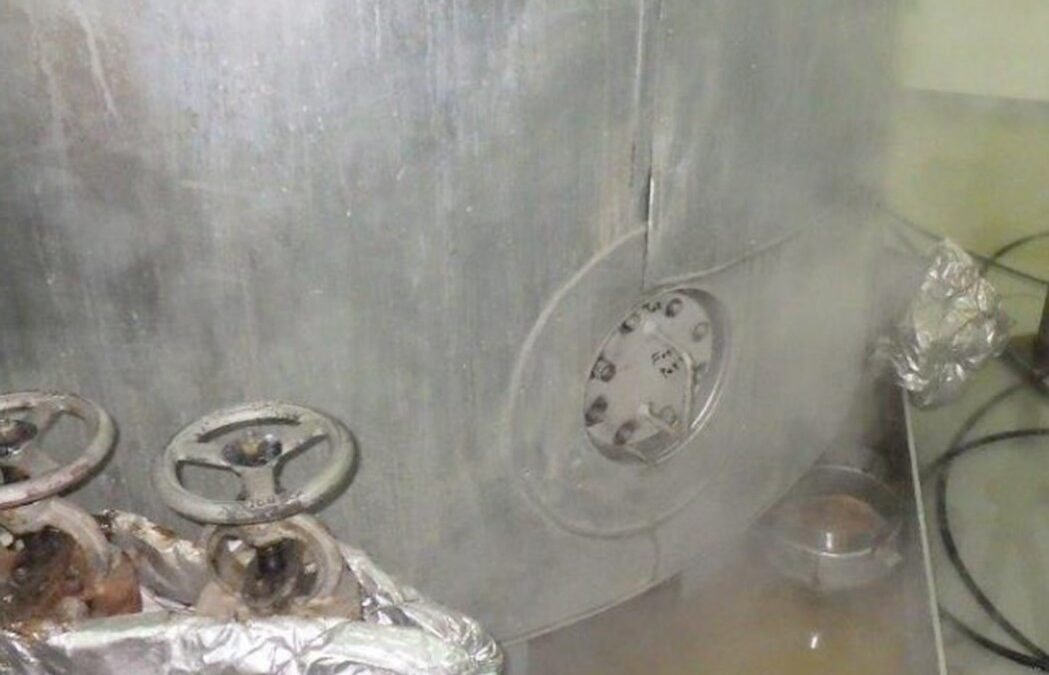 In its latest Mars Report, The Nautical Institute stresses the importance of supervision of junior employees when going about tasks on board a ship. In the incident described in the Report, a junior engineer suffered first and second degree burns while trying to prepare the boiler for a survey.

While in dry dock, a junior engineer new to the vessel was tasked to prepare the boiler for a survey to take place the next day. He began the job in the morning, shutting down the boiler by first stopping the circulating pumps and, after about an hour, opening the vent valve to continue the depressurising process. The boiler at that time was at 2.5 bar.

For the rest of the day, the engineer was busy with other jobs. At 1700, he returned to the next steps in the boiler shut down process. In order to drain the boiler, he first opened the two blown-down valves and the two overboard valves.

The feedwater pumps were started about 25 minutes later to empty the hot well and stopped again after about 20 minutes. The water level was monitored through the water level indicator. The junior engineer then noticed that the water level was no longer decreasing, even though the vent valve was fully open. The pressure indicator indicated 0 bar.

Assuming it was safe, he then decided to remove the upper section of the maintenance hole, followed by the lower part. Suddenly, a mix of water and steam came out of the orifice and hit his body. The victim was admitted to the shore hospital with first and second degree burns on his legs, arms, belly and feet.

The company investigation revealed, among other things, that the boiler indicator habitually did not go lower than a certain level, a quirk that could give an uninitiated crew member the impression it was empty when it was not. This vital information is not mentioned in the boiler manual and was only known by the more experienced engineers on board, not the victim.

Additionally, the company found that the job scope had not been not properly communicated to the victim and no permit to work was issued to carry out the job on the boiler that day. Finally, no Lock-out/Tag-out (LOTO) was applied.

This accident was covered in the Mars Reports, originally published as Mars 202149, that are part of Report Number 348. A selection of this Report will also be published in SWZ|Maritime’s November 2021 issue. The Nautical Institute compiles these reports to help prevent maritime accidents. That is why they are also published on SWZ|Maritime’s website.