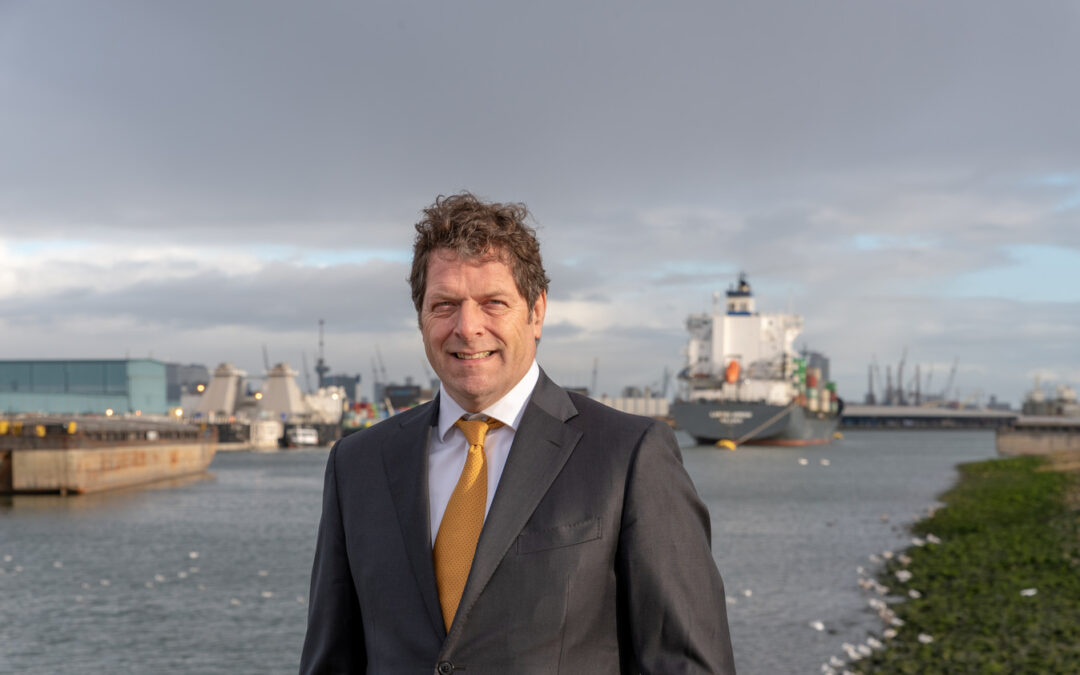 The Waalhaven Group operates four of its own terminals in the Rotterdam region and one in Born, Limburg. Using inland shipping, the company offers connections between Rotterdam, Antwerp and the hinterland.

The reason for the Port Personality of the Year 2022 award is the announcement of a new depot for empty containers on the Maasvlakte, adjacent to the Euromax terminal. Together with Matrans, the Waalhaven Group has also applied to develop a container terminal, also on the Maasvlakte. The plans fit in with the ambitious, but cautious growth strategy over the years, which has seen the family-owned company become a stable player in the Port of Rotterdam.

Commitment to the port community

In addition, Overdevest owes his appointment to his commitment to the port community. He is ambassador of the Deltalinqs Climate Program, within which he is committed to emission-free transport and transhipment in the port. The Waalhaven Group itself is also investing in the electrification of its terminals.

Overdevest is the 42nd port promoter in a row to be presented with the award, which has existed since 1981 and was instituted at the time by the former Rotterdam port press club Kyoto. He succeeds Bart Leenders, vice president of production Renewable Products at Neste, the Port Personality of the Year 2021 still in office.

By tradition, the award will be presented at a festive gathering on the second Monday of the new year, in the presence of former Port Personalities, port authorities, members of the port community and media representatives.