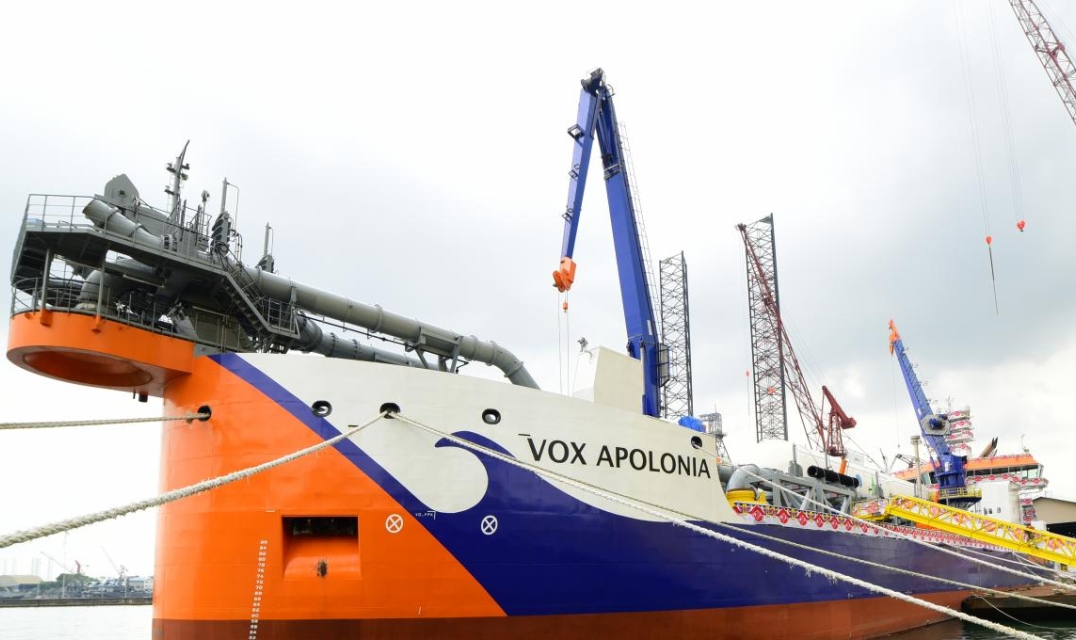 During a festive ceremony at the Keppel Singmarine Pte Ltd shipyard in Singapore, Van Oord took delivery of the new LNG trailing suction hopper dredger Vox Apolonia. The vessel will now be prepared to sail to the Netherlands, where it will perform dredging trials.

The Vox Apolonia and its two sister vessels, Vox Ariane and Vox Alexia, boost the mid-class section of Van Oord’s fleet of trailing suction hopper dredgers. These three new LNG vessels have a significantly lower carbon footprint than conventional trailing suction hopper dredgers and fit in with the company’s aim of making its fleet more economical and sustainable. It is precisely for this reason that the three vessels were recently presented with the Dutch Maritime KVNR Shipping Award 2022.

‘We are pleased to deliver the second of three dual-fuel dredgers to Van Oord,’ says Tan Leong Peng, managing director New Energy/Business, Keppel Offshore and Marine. ‘LNG plays an important role in the energy transition. We are proud to be able to contribute to the decarbonisation of Van Oord’s fleet.’

Christening of the vessel is planned in March 2023 in Rotterdam. The Vox Ariane was christened in June 2022 and has already been successfully deployed on several projects. Triplet sister vessel Vox Alexia is still under construction in Singapore.