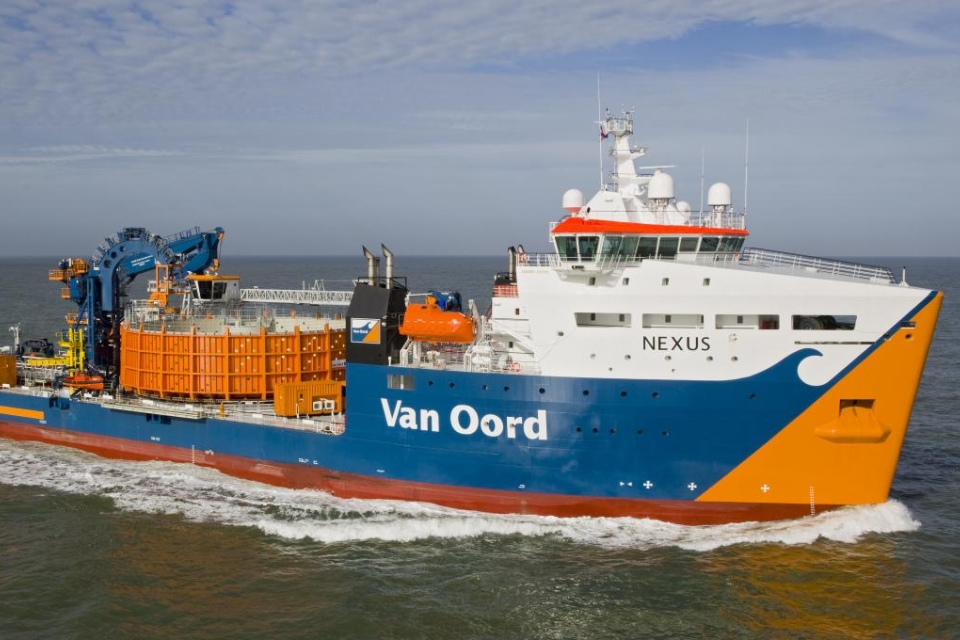 After Jan De Nul announced to have rescued refugees with its offshore installation vessel Simon Stevin yesterday, now Van Oord reveals it has done the same thing. With its cable laying vessel Nexus, the Dutch contractor picked up 49 refugees in the Mediterranean Sea.

Van Oord’s cable-laying vessel Nexus was contacted by the Malta Rescue Coordination Centre to give support, in the worsening weather conditions of the night of 16-17 November.

It is unknown for how many days the refugees – all men – were on a sea journey. Their origin is also unknown, due to language barriers. All 49 refugees appear to be in good health, but weakened, and some were hypothermic. The Nexus crew provided them with food and warm drinks and a safe location on deck.

The Nexus – with 27 crew members – is now on its way to Malta, where a transfer to the Maltese coastguard is planned, in the evening of November 17.