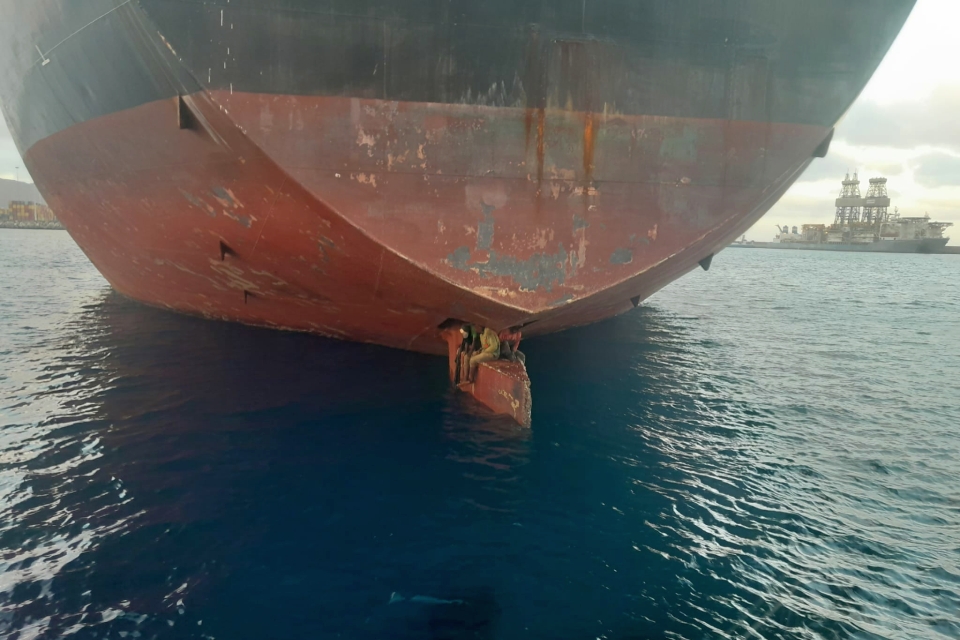 On Tuesday, 29 November, the Spanish Coast Guard rescued three stowaways found on the rudder blade of the tanker Alithini II in the port of Las Palmas, Gran Canaria. The vessel had left Nigeria twelve days earlier. Two of the men have since been returned to the tanker, which is tasked with returning them to Nigeria.

The Alithini II is an oil/chemical tanker built in 2008 that sails under the flag of Malta. The vessel left the port of Lagos in Nigeria on 17 November. So, the men had been in their precarious position for a sea journey of some 2700 nautical miles.

After being rescued by the Spanish Coast Guard, the stowaways were taken to hospital.

According to ABC News, one of the men is still in hospital, but the other two have been returned to the Alithini II. Under Spanish law, the shipowner is responsible for returning stowaways to their point of departure, unless they seek asylum or are minors.