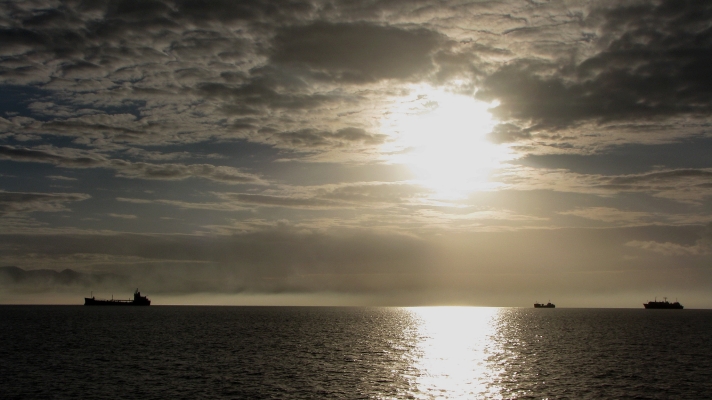 Much to the dismay of the Dutch maritime industry, the Royal Netherlands Institute for Sea Research (NIOZ) announced last week, that the Spanish shipyard Astilleros Armon will build the Anna Weber-van Bosse. This oceangoing research vessel will replace NIOZ’s flagship Pelagia.

Immediately after posting the news of the contract award, criticism erupted on SWZ|Maritime’s Linkedin page. Some examples of the comments we received: ‘a missed opportunity’; ‘the Netherlands has ample knowledge, expertise and capabilities to be able to keep such projects within its borders’; ‘disappointing that the construction of this ship will take place in Spain with Dutch taxpayers’ money. The Netherlands has a number of very nice shipyards where such a ship would fit in perfectly. Thereby keeping knowledge and expertise in the Netherlands’; ‘I wonder if they will receive the “demanded” solutions or have simply chosen for lower construction costs’…

Marnix Krikke, Innovation & Human Capital Director at trade organisation Netherlands Maritime Technology understands this criticism all too well and adds to it with an opinion piece. He calls it ‘a blow to the Dutch maritime manufacturing industry, which is already in a tough spot.’ He refers to the Covic pandemic, the prices for raw materials that are going through the roof, unfair competition from yards in Asia and the war in Ukraine, which have all impacted the Dutch maritime industry.

Krikke adds: ‘The unstable world order makes us realise again how important it is to have our own strong industry and not depend on foreign countries for everything. In a letter to Dutch Government on 8 July, Economic Affairs and Climate Minister Micky Adriaansens’ fully endorses this. In that letter, the government clearly marks the important role of industry in our society and speaks out in favour of maintaining a significant industrial base in the Netherlands: between ten to fifteen per cent GDP. Funds to contribute to research and innovation are announced.’

And the government has made more such statements. For example with regards to the Maritime Masterplan, which would see thirty innovative, green ships built by 2030 and statements on the government to act as launching customer to make it possible to develop such ships in the Netherlands.

However, the industry now feels the government is saying one thing, but doing the exact opposite. And this NIOZ ship is an example of that. In particular, as NIOZ is supervised by the NWO (Dutch Research Council), which falls under the responsibility of the Ministry of Education, Culture and Science.

According to Krikke, the Netherlands has not developed a support package for companies disproportionately affected by the war in Ukraine, whereas neighbouring countries have. In addition, other countries protect or prioritise their own industry when it comes to defence or strategically important contracts and the Netherlands does not.

Krikke: ‘With the development and construction of the Anna Weber-van Bosse, the government could have given a boost of many tens of millions of euros to Dutch shipbuilding and the many (SME) companies associated with it as suppliers. This first ship in the extensive fleet renewal task of ships for public tasks could have been an investment in the development, sustainability and employment of our national manufacturing industry. An opportunity that comes along once every thirty years… but alas.’

In addition, as the Anna Weber-van Bosse will be able to sail on methanol and is equipped with other green systems, such as a battery pack, the ship would have fit in very well with the Maritime Masterplan.

Government should put its money where its mouth is

Although Krikke appreciates that the government sees the value of its national industry, he feels the government should now be taking concrete steps, or simply put, to put its money where its mouth is.

‘The maritime manufacturing industry is of strategic importance to the Netherlands,’ Krikke points out. ‘The Dutch government therefore benefits, within the framework of Dutch and European strategic autonomy, from a strong maritime manufacturing industry and should put flesh on the bones of industrial policy with concrete measures, including spending public funds in the Netherlands for its own fleet.’

He continues: ‘Indirect support through R&D programmes is important to strengthen an innovation base. Beyond that, our national manufacturing industry needs – as in neighbouring countries – to be supported with more direct measures. The replacement of the Rijksrederij (National Shipping Company) fleet is imminent. Within the rules of the game, let us work together to include our own maritime manufacturing industry in future government tenders.’

‘There is a win-win in developing and building ships tendered with Dutch public money in the Netherlands,’ concludes Krikke. ‘Dutch government organisations get high-quality ships, the Dutch maritime cluster is strengthened and companies get great business cards that strengthen their international position. Government… The maritime future is now!’

To SWZ|Maritime, NIOZ explains why the Spanish yard has been chosen for the Anna Weber-van Bosse and how the tender process went.

First of all, NWO-I*/NIOZ, the commissioner of the renewal of the research fleet, is a tendering organisation and as such it is legally obliged to put goods and services out to European tender according to the applicable rules for amounts above the tender limit.

NWO-I/NIOZ is currently in the process of replacing three research vessels. The organisation points out that all three of these were put out to European tender, where the programme of requirements was in Dutch. In the tender for the RV Adriaen Coenen, Next Generation Shipyards in Lauwersoog came out on top in the evaluation. And in the tender for the Wadden and delta ship RV Wim Wolff, it was Thecla Bodewes Shipyards in Harlingen.

For the first phase of yard selection of the largest, ocean-going ship, the RV Anna Weber-van Bosse, seven yards applied. From these, five yards were selected for the tender rounds, three Dutch yards and two yards located elsewhere in Europe. NWO-I/NIOZ: ‘During the ensuing extensive rounds of negotiations, one of the Dutch yards withdrew from the tender process by mutual agreement and another Dutch yard went bankrupt.’

NWO-I/NIOZ: ‘In the end, a total of three yards remained, which offered a final tender by the end of August 2022. In October, the evaluation committee weighed the tenders on price, technical offer, sustainability, plan of action, project organisation and innovation. Astilleros Armon’s tender proved to be the best in this respect. The assessment was based on the “Programme of Requirements”, a comprehensive inventory of the scientific and technical functional requirements of all conceivable Dutch stakeholders.’

Finally, NIOZ points out that shipbuilding by definition is not an entirely national matter: ‘It is important to mention that for all European shipyards, including the Dutch, it is true that many components, services and the (construction of sometimes large) parts of the ships are sourced in various other countries, where they are most competitively available.’

* NWO-I’s full name is Foundation for Dutch Scientific Research Institutes. It is an independent foundation incorporated under private law (not a governmental organisation). Because of its national interest, it is supervised by NWO (the Dutch Research Council, a governmental body). NWO-I is an umbrella organisation for nine national research institutes: AMOLF, ARCNL, ASTRON, CWI, DIFFER, Nikhef, NIOZ, NSCR and SRON.