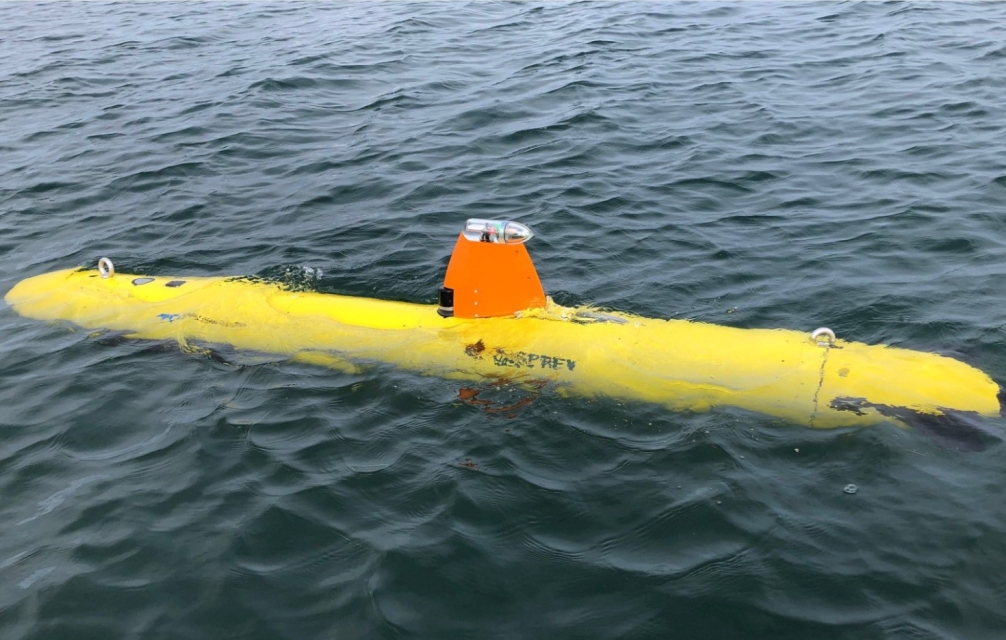 NIOZ has ordered an autonomous underwater vehicle (AUV). After delivery in 2024, the AUV will greatly enhance Dutch scientific research in oceans and on the sea floor. The device can be deployed autonomously and flexibly for precise measurements and high-resolution visualisation.

Acquisition of the Autonomous Underwater Vehicle (AUV) is funded through a grant from the NWO Large-scale Scientific Infrastructure (NWO-GWI), awarded in 2020 to a broad nationwide marine research consortium of universities, institutes and TO2 institutions.

NIOZ project leader Gert-Jan Reichart: ‘This is step 2 in a series of research equipment renewals. Step 1 was the purchase of new gliders, which will soon see their first deployments. For step 3 will start soon looking at a full ocean depth remotely operated vehicle, an ROV.’

The new AUV will be built by the Icelandic company Teledyne Gavia, which stands out for its modular design and construction of these types of vehicles. After a tendering process, a medium-sized AUV of the Osprey model was selected. This vehicle has a depth range of 2000 metres, can operate underwater for 24 hours at a time and can be equipped with modules that hold a variety of sensors.

Project manager Marck Smit: ‘This company was chosen after surveying the specifications with the marine research community. Teledyne is a company with scientific origins that has grown on and built up a lot of expertise over 25 years. Their modular system is unique.’

‘The modules we work with allow a scientist to put together the vehicle he or she needs at that moment at sea,’ explains Teledyne director Stefan Reynisson. ‘One can add modules that contain O2, CO2 and CTD sensors as required and take velocity measurements. Next to that, the modules allow you to replace batteries quickly for a rapid turnaround of the system and get it back in the water very quickly after retrieval, and also to upgrade the device at a later stage without the need for a whole new vehicle.’

The Osprey comes with equipment for accurate mapping of the ocean floor. Reynisson: ‘There is a multi-beam sonar system. It has up to 1024 beams that make it possible to create a three-dimensional map in high resolution. There is also a side scan that creates high resolution imagery of the seabed.’

In addition, the Osprey has forward looking obstacle avoidance sonar, an acoustic modem and an internal navigation system. ‘This enables accurate navigation and identification of underwater objects, allowing you to reprogramme missions while the device remains underwater,’ Reynisson concludes.