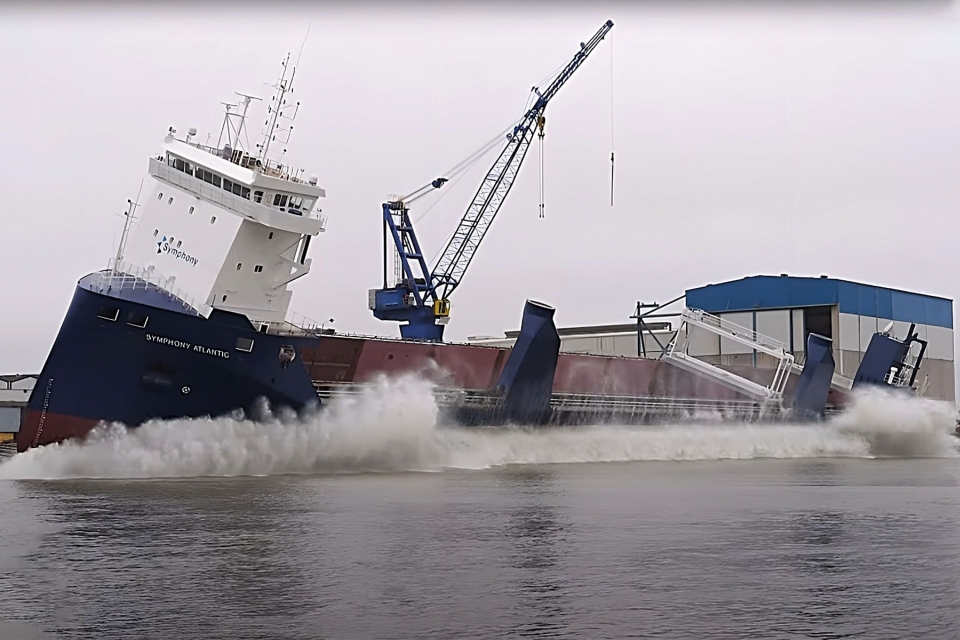 Ferus Smit launched the Symphony Atlantic on Friday, 18 November in Leer, the Netherlands. It is the first vessel in a series of two that will be delivered to Symphony Shipping. The new Ecobox XL design has its focus on loading extra long items, such as wind turbine blades.

These vessels are an evolution of the successful Ecobox and Ecobox DP series that the yard already delivered to Symphony over the recent years.

Ferus Smit lengthened the original Ecobox design by more than 21 metres, extending its box shaped hold to more than 100 metres in length on the tanktop, and 112 metres above the movable tweendeck level. The new ships are 18 metres wide, enhancing the cargo deadweight further, and maintaining the flexibility of loading while keeping a very low resistance on both flat water and in waves.

In addition to being able to load extra long items, the vessel maintains its good capabilities as a general cargo ship. The modifications in design and systems are also aimed to further enhance its “green” performance with a reduction of the Energy Efficiency Design Index (EEDI) score to a new class reference standard.

The characteristics of the new Ecobox XL ships are as follows: