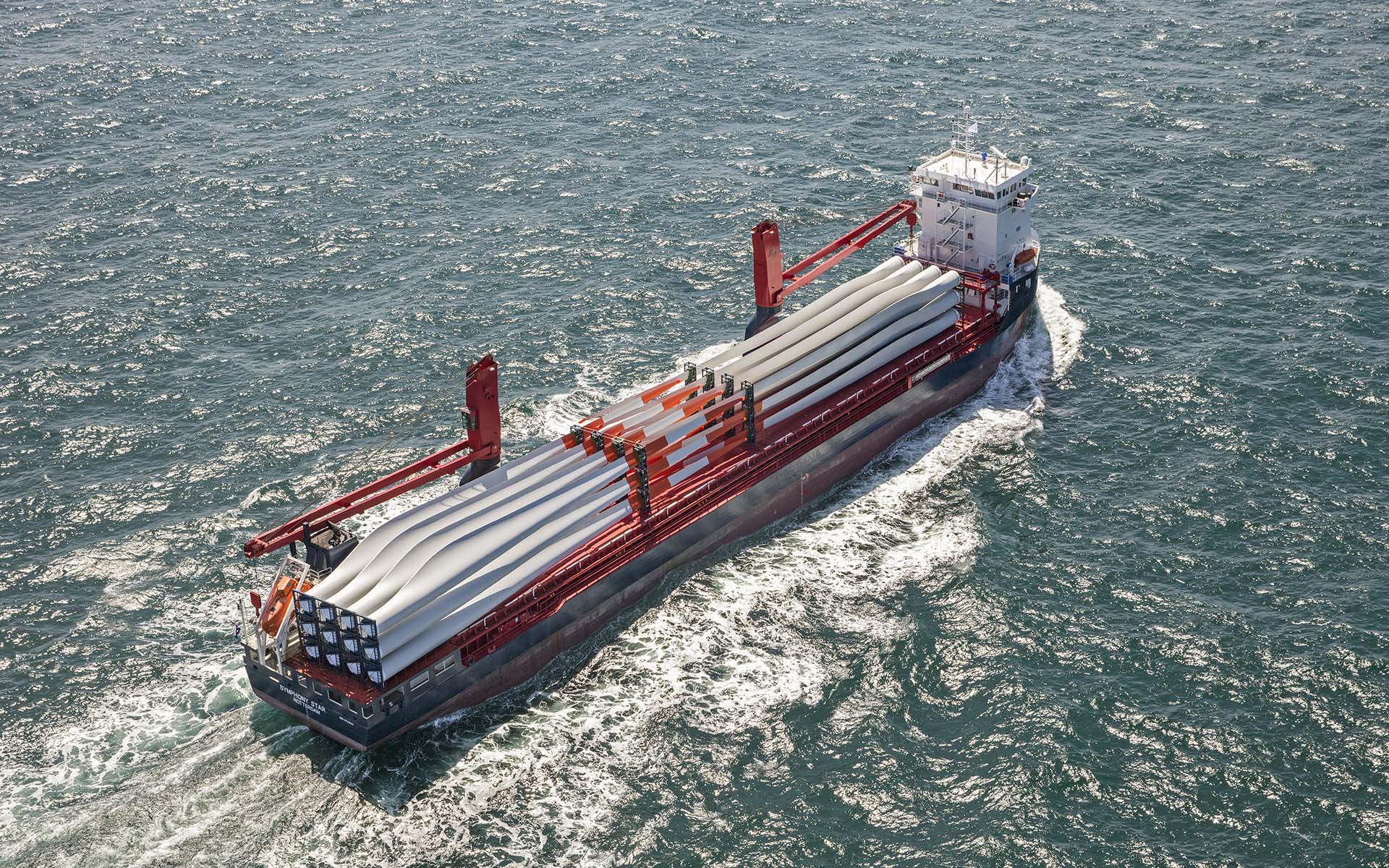 Symphony has granted Ferus Smit Shipyards the order for building two new Ecobox XL project cargo vessels. The new Ecobox XL design will have its focus on loading extra long items, such as wind turbine blades, while at the same time still maintaining its good capabilities as a normal general cargo ship.

The ships will be an evolution of the Ecobox and Ecobox DP series that the yard already delivered to Symphony over the recent years. The cooperation between Symphony and Ferus Smit started in 2013 with the joint development and building of six Ecobox ships.

This first series comprised 10.500-DWT geared cargo vessels with one single fully box-shaped hold. The ships have an open top notation, with a deckhouse placed forward to give shelter to the hold and deck cargoes against severe weather conditions, and enabling oversize deck cargoes to be loaded over the stern.

Later, a dynamic positioning version of the design was also developed as Ecobox DP, of which two more ships were delivered to Symphony.

In addition to focussing on loading extra long items, such as wind turbine blades, the Ecobox XL design is to further enhance its “green” performance with a reduction of its EEDI-score to a new class reference standard. The original Ecobox design will be lengthened by more than 21 metres, extending its box-shaped hold to more than 100 metres in length on the tanktop, and 112 metres above the movable tweendeck level.

The new ships will be 18 metres wide, enhancing its cargo deadweight further, and maintaining the flexibility of loading while keeping a very low resistance on both flat water and in waves. The vessel features a bulbless Canoe type bow, designed to reduce fuel costs and better sustained speed.

Fuel consumption will be further reduced by integrating a novel ORC waste heat generator in the propulsion system. This system further consists of a 3300 kW main engine driving a nozzled controllable pitch propeller running in fully automatic combinator mode. The fuel system will also be suitable for bio blend fuels.

The characteristics of the new Ecobox XL ships will be as follows: