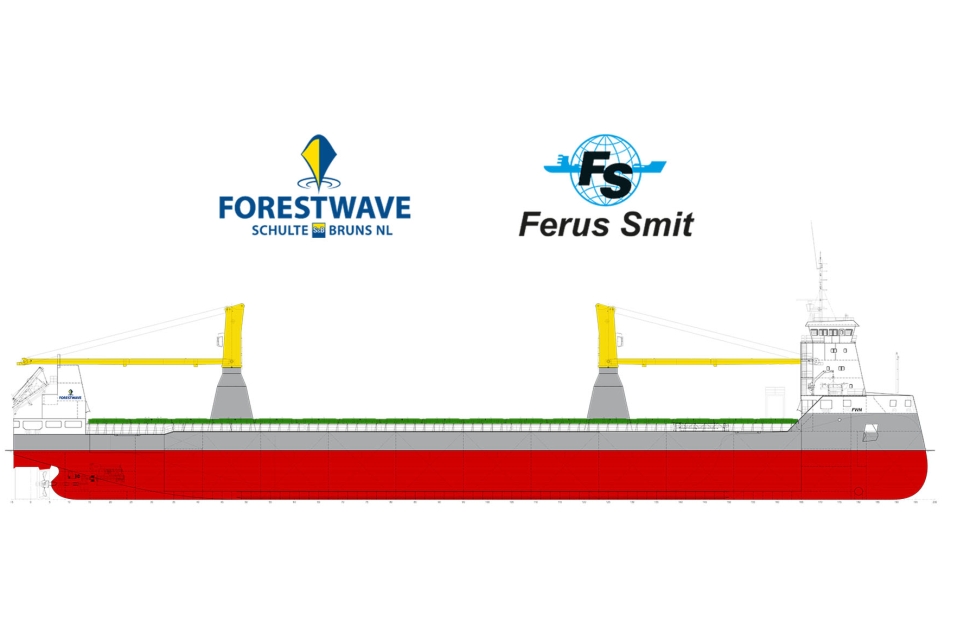 The design is such that it further enhances its excellent “green” performance with a reduction of the Energy Efficiency Design Index (EEDI) score to a new class reference standard, according to Dutch shipyard Ferus Smit.

Groningen-based ForestWave Navigation Group was founded in 2003 and has been growing rapidly since 2011. Today, they commercially operate 35 multi-purpose (MPP) vessels in the range of 6000 to 12,500 DWT. The two Ecobox XL vessels are the first orders they placed with Ferus Smit.

The Ecobox XL has the deckhouse placed on the fore ship. This gives shelter to the hold and deck cargoes against severe weather conditions and enables oversize deck cargoes to be loaded over the stern. In addition, it features the Ferus Smit bulbless Canoe type bow, designed to reduce fuel costs and better sustained speed with excellent sea keeping behaviour in harsh weather and sea state conditions.

Other characteristics of the Ecobox XL ships will be as follows: