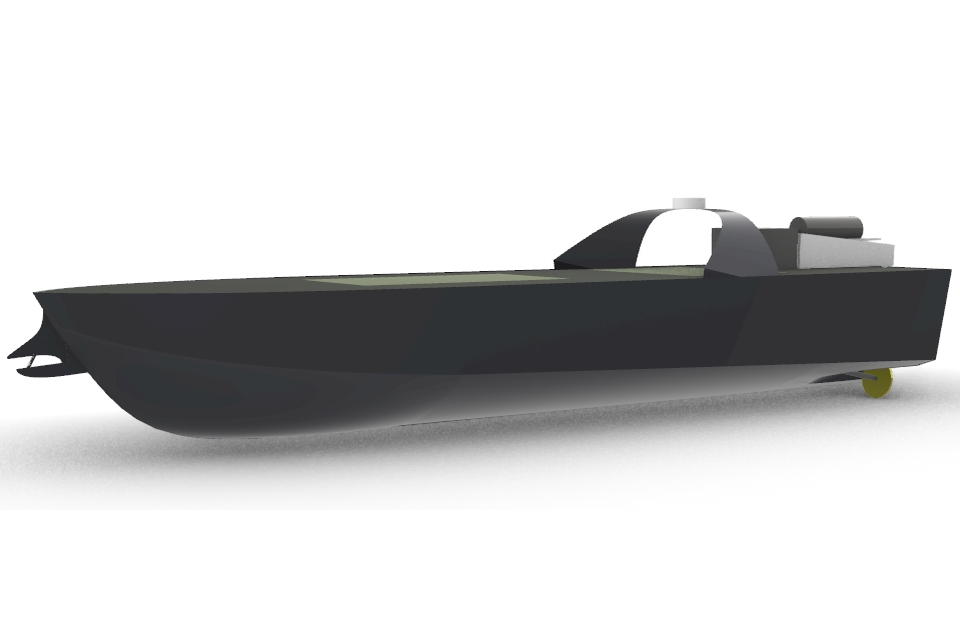 ‘A relevant and unique contribution to the operational deployment of our Royal Navy.’ This is how the jury characterises Saskia Alberts’ research into the use of an unmanned unit in anti-submarine warfare. Her Unmanned Dipping Sonar Boat design earned her the Van Hengel-Spengler Award 2022.

The award was presented tonight (7 November) at the Maritime Awards Gala at De Doelen in Rotterdam in the presence of about 700 maritime professionals.

Alberts’ UDSB includes issues such as radiated sound, stability, persistence, maintenance and launch and recovery capabilities. The UDSB is one of the first of its kind and complexity. The jury was impressed that, within the constraints of this operational deployment, Alberts found entirely new ways to further optimise anti-submarine warfare.

For the UDSB, Saskia Alberts, maritime engineer at the Defence Materiel Organisation, created a detailed concept design for an unmanned vessel with dipping sonar focusing on endurance, sonar and boat deployability, safety and usability. The UDSB can operate continuously forward for over four days in a sprint and drift scenario with sprint speeds well above 30 knots in ambient conditions in the North Atlantic.

The UDSB is the first design that can operate autonomously offshore with dipping sonar for extended periods of time. By deploying the UDSB for forward detection, a more persistent detection capability is created, providing maritime units with better protection in more cost-effective ways compared to the deployment of an NH-90 helicopter.

The other nominees for the Royal Netherlands Navy Van Hengel-Spengler Award 2022 are:

To be eligible for the award, a student employed by the Royal Netherlands Navy (RNLN) must carry out research as part of his or her studies, the results of which lead to new insights, concepts or innovations that contribute to better operational deployment of naval units. The RNLN Van Hengel-Spengler Award is in keeping with the innovative nature of the RNLN and was first presented in 2013, when the navy celebrated its 525th anniversary.

Also read: And the nominees for the Dutch Maritime Awards 2022 are…