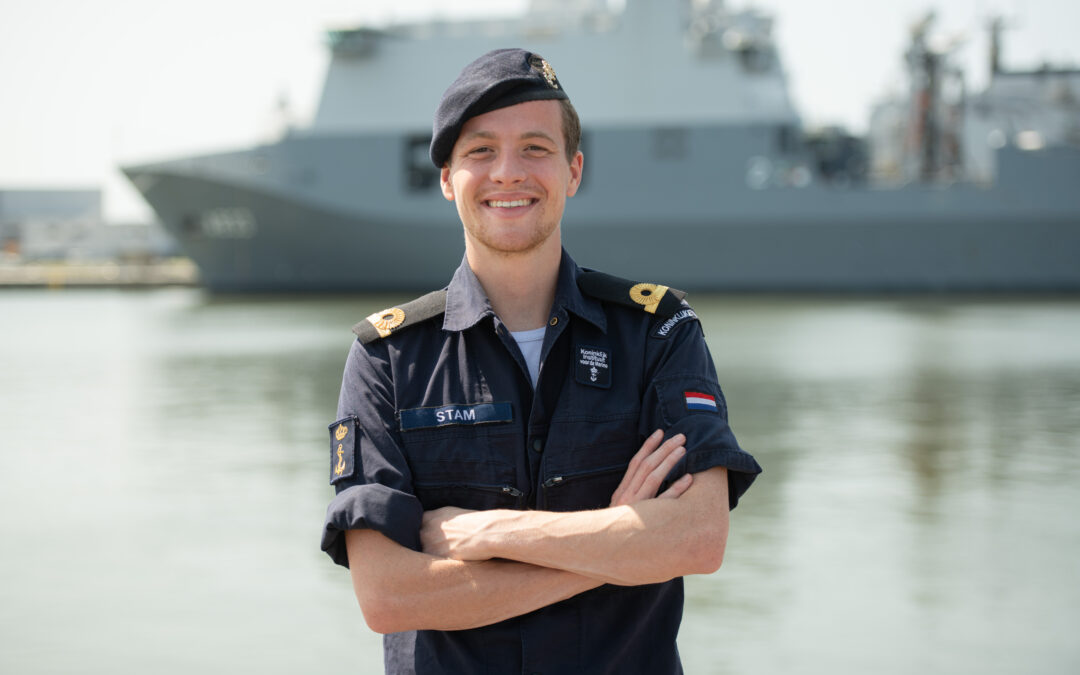 Lt Noah Stam performed his BSc. dissertation at the NLDA on the topic of ballistic missile defence with a focus on intercepting ballistic missiles from a naval vessel. This research has earned him the Royal Netherlands Navy’s annual Van Hengel-Spengler Award.

Stam’s research – Parameters determining intercept capabilities – SM-3 versus various threat ranges – is inspired by a test from the US Missile Defence Agency and the US Navy in which Hawaii needed to be defended against an inter-continental ballistic missile. Based on opensource information, Noah Stam developed high-fidelity simulation models to recreate the test. The simulation models allow the Royal Netherlands Navy to perform ballistic missile defence smarter and improve its capabilities.

As a result of the exposure to physical loads, the crew suffers from fatigue and injuries, leading to a reduced effectiveness and operational capacity of the marine craft. In an attempt to reduce the physical loads, passive shock mitigating seats can be installed. By developing a finite-element program and implementing injury risk models, the research allows the Royal Netherlands Navy to consider the influence of modifications on the resulting risk of injury with regards to a realistic operational profile. Therefore, the research reduces the necessity of complex sea and lab trials, which positively effects the costs and time in the design process.

To be eligible for the award, a student employed by the Royal Netherlands Navy (RNLN) must carry out research as part of his or her studies, the results of which lead to new insights, concepts or innovations that contribute to better operational deployment of naval units. The RNLN Van Hengel-Spengler Award is in keeping with the innovative nature of the RNLN and was first presented in 2013, when the navy celebrated its 525th anniversary. The winner was announced at the Maritime Awards Gala on 1 November in Rotterdam.